I made one of my 2021 Goals to add 50 NEW Cutch cards to the collection from his Pirates playing days (2005-2017).  That equates to roughly 1 new pre 2018 Cutch card each week.  I have been (barely) keeping pace with that strategy.
Supercollecting a player that made his MLB debut in 2009 doesn't sound like there should be too many rare cards that don't pop up.  That's not always true though as every now and then a card pops up for sale that I haven't seen show up for a long time. 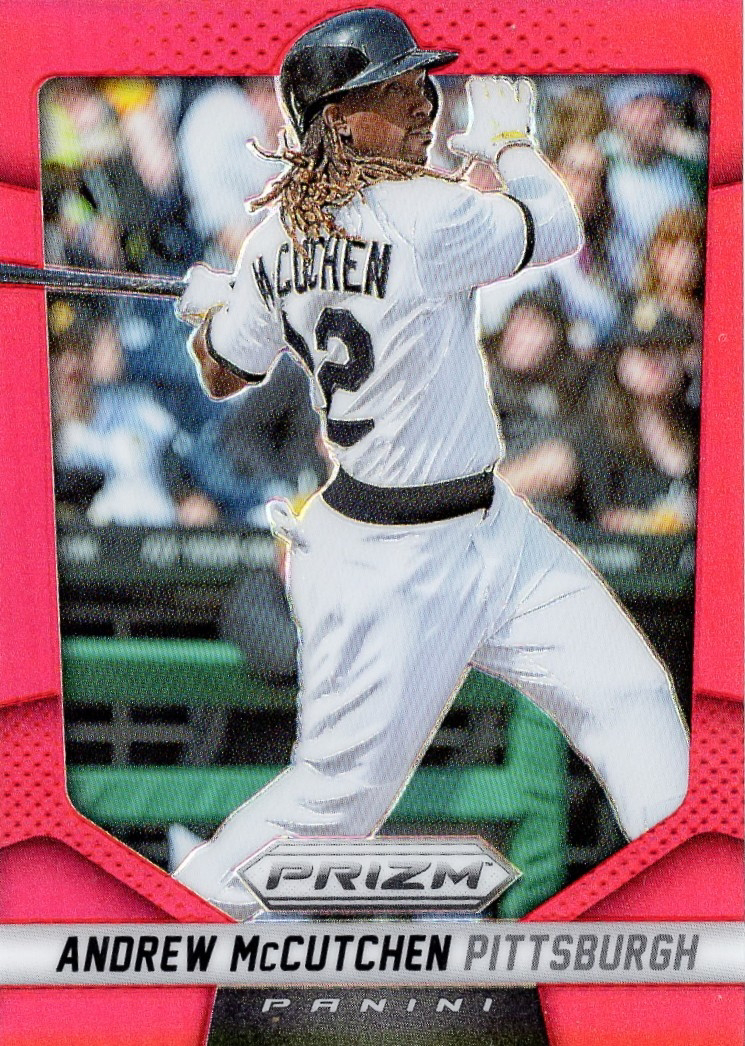 This 2014 Prizm Red Prizm card is a short print that doesn't pop up very often.  As a matter of fact it is the first one that has popped up for sale in six years. 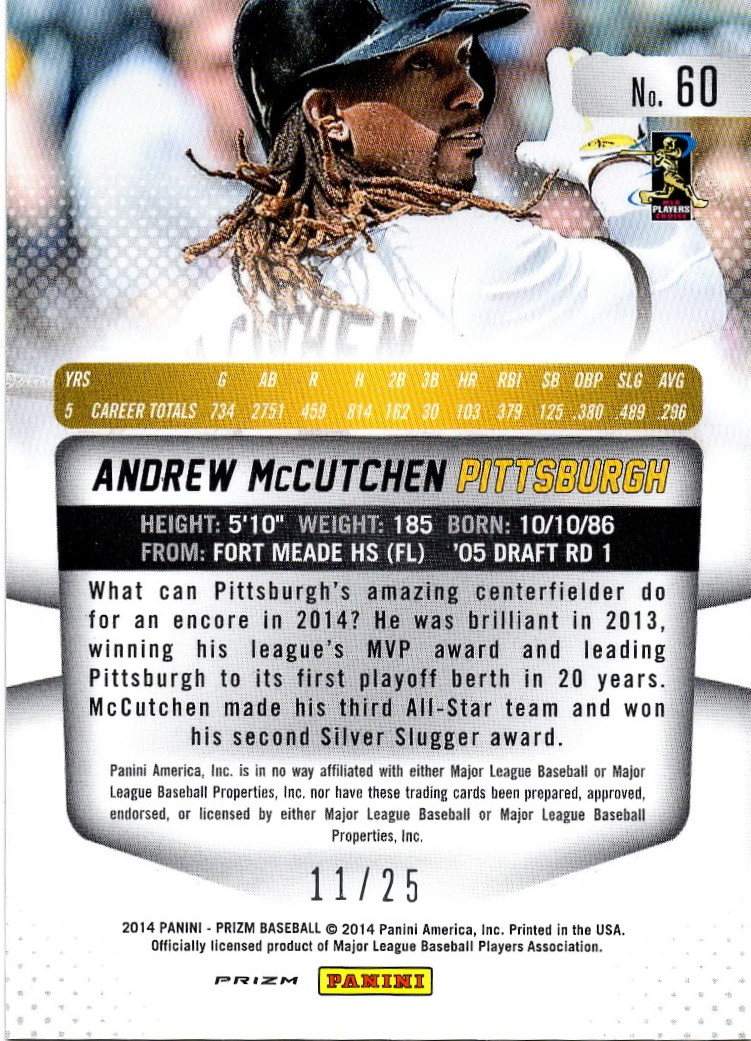 The red prizms are limited to only 25 copies.
The Prizm brand is more popular now than ever and it is based mostly on basketball sales going up to new heights almost hourly.
It ran me about $12, which isn't bad for such a short printed card.
Have you noticed the prices of earlier Prizm cards go up?
Posted by Collecting Cutch at 7:54 AM