Andrew McCutchen currently has played 9 MLB seasons.  Figuring that he will play a 15-20 year career, it is possible that one day he may join the elusive group.

Of the 8 members of the 300/300 club, only 2 are in the Hall of Fame (Willie Mays and Andre Dawson).  Two other players, Alex Rodriguez and Barry Bonds would be no doubt Hall of Famers if it were not for PED discussions.

There are 44 members in the 200/200 club.  Cutch is 2 homers and 30 swipes shy of joining that group.  It should be a safe bet that he will join that group before his career is done.

Regardless of what becomes of the rest of Cutch's career he currently is in pretty exclusive company with Pirates history. 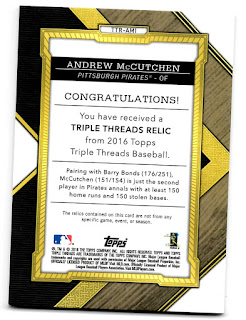