The difference between Judge and all the other players I mentioned...

Judge plays in New York.
The media capital of the United States. 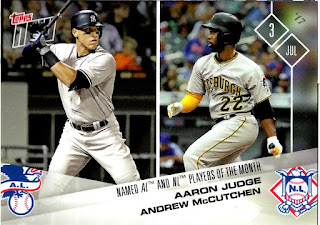 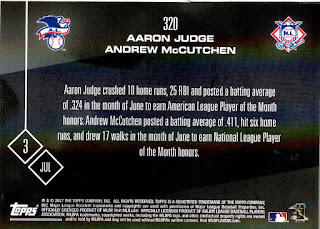 I received my Cutch/Judge combo card.
It's my only Aaron Judge card in my collection.
Posted by Collecting Cutch at 12:29 PM