You may recall a few weeks ago I made a post about how Topps used the exact same wording for two card backs.

Well, Panini must of thought it was a good idea and did the same thing.  When I saw Spider-Man in theatres, I showed off a card that referenced the webhead on the back. 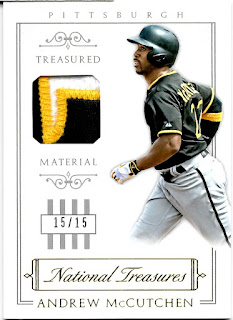 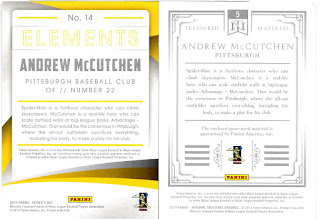 Give me something original on the backs!!!

Especially if I am shelling out big bucks for all the variant parallels on the front side.  At least make the backs have some original material.  The most frustrating thing is that National Treasures can cost around $400 a box and Black Friday packs are practically free.
Posted by Collecting Cutch at 7:47 PM