Tonight fans across the Nation can watch the Pirates and Cardinals battle it out in Williamsport as part of a initiative to generate interest in youth baseball and the Little League World Series.

I have a bunch of cards that feature Cutch as a younger baseball player, but thought I would show these two off for the event.

First up is a 2013 Triple Play insert 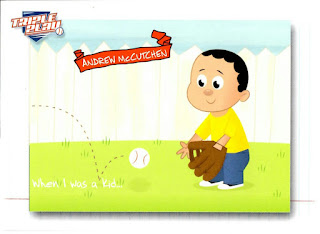 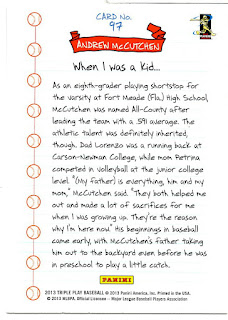 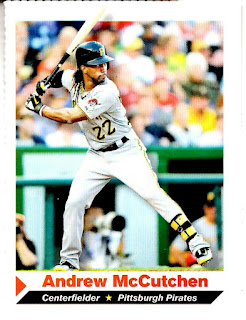 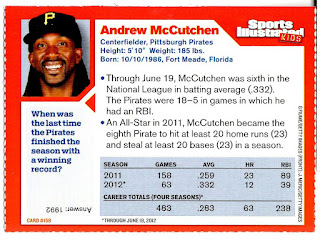 Posted by Collecting Cutch at 7:29 AM