Animated Star on the Rise 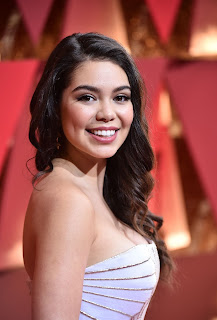 Auli'l Cravalho is the subject today 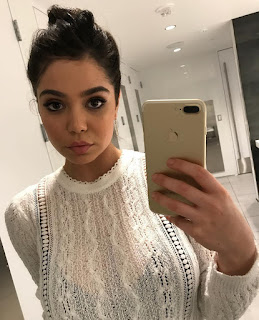 This teenage actress is making waves (no pun intended) for her voice acting and singing roles associated with Disney. 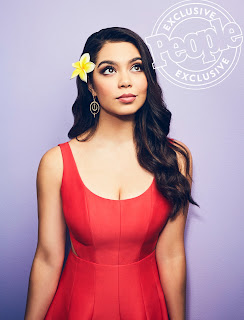 You may not recognize her name or her physical appearance because for the most part the beautiful Auli'l Cravalho hasn't been seen in the traditional sense on the small or silver screens. 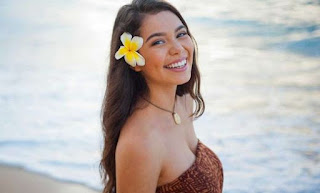 Ms. Cravalho is the voice actress behind Disney's Moana film. 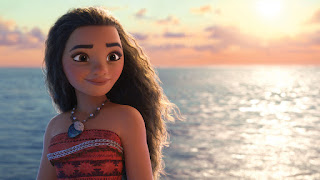 There are rumors of a sequeal being in production, but Cravalho is definitely contributing to reprising her Moana role in the Wreck it Ralph sequel: Ralph Breaks The Internet.  I love that franchise. 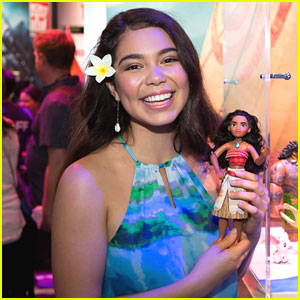 The young singer/actress has so many similar looks to Moana it's incredible. 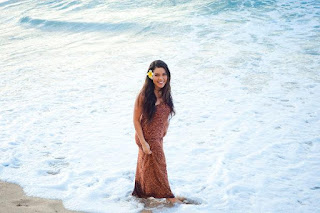 It is almost as if she is a walking example of the strong young woman Moana in real life. 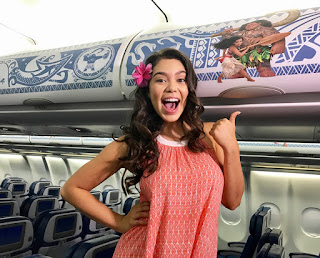 She was recently seen in a promo ad for the Disney The Little Mermaid event that will be seen on ABC on November 5th when the animated movie will go to a Broadway style song and dance cuts mid scene as Part of the World of Disney.  More details can be read about the event here. 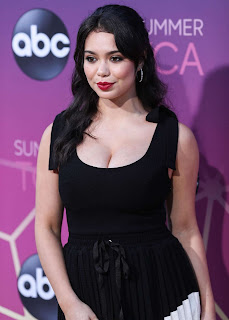 In addition to that she has begun to appear in the NBC TV series, Rise. 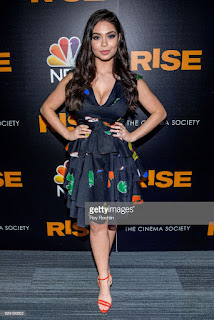 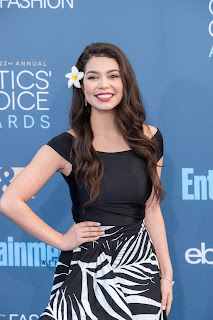 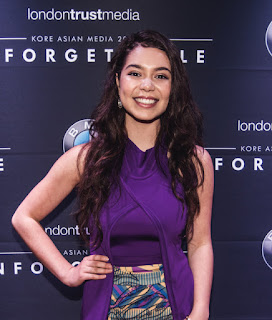 This young actress' star is definitely on the rise. 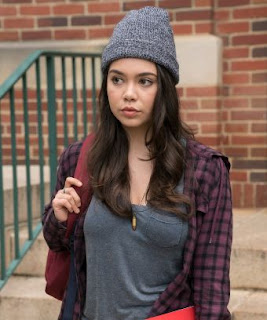 And much like one of the songs on the Moana soundtrack sung by Cravalho there is no stopping "How Far I'll Go"  to get all the variants of Cutch I can grab. 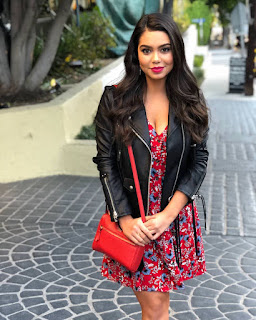 2017 Topps Inception was released with printing plates similar to those of Topps Tribute.  What I mean by that is the plates are produced with card backs exactly like the base card. 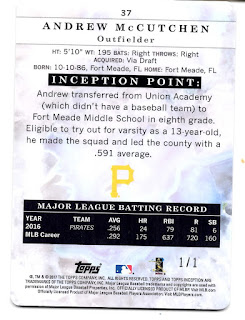 Reading the back of the card, you'll see that Cutch was an extremely talented teenager much like Auli'l Cravalho. 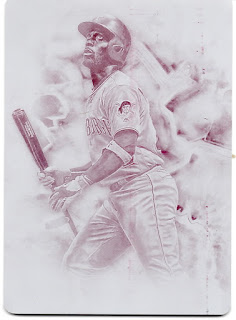 The magenta printing plate is one of three different 1 of 1s I have for 2017 Inception joining the black and cyan plate.

All I need is that yellow... 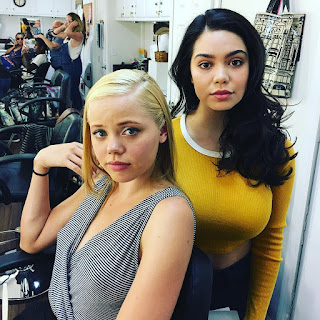 Help me find it?
Posted by Collecting Cutch at 7:59 AM