Cheering for the Superstars 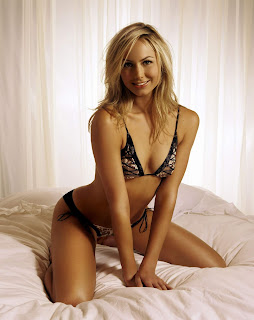 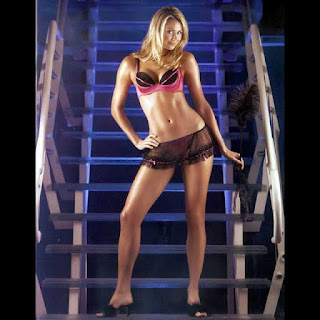 Last year John recommended Stacy when I asked "Who's on your Rushmore?"  He recommended an all WWE theme and I promise him at least one Diva that week.  I had already planned a post for the super energetic and comical daughter of Mic Foley (Mankind, Dude Love, Captain Jack) when I revealed a cameo card and showed off Noelle Foley. 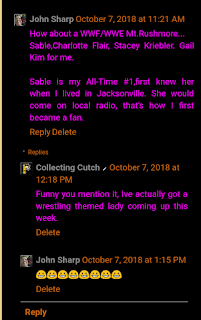 I was always a bigger fan of Stacy Kiebler than Sable so she gets my vote, but hey John, I included someone from your Rushmore AND it's her birthday today.

Stacy became an instant fan favorite sensation when she was wrestling for WWE and WCW. 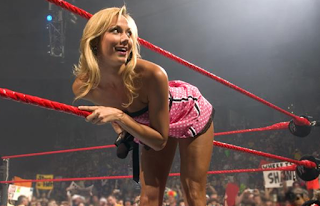 Known for her long legs and seductive ring entries, Stacy never won a woman's wrestling title, but did go on to superstar status from her humble beginnings.

Did you know that before she was an international sexual icon, dating George Clooney, becoming a famous model, appearing on Dancing With the Stars, being a magazine cover girl, or even appearing in low budget TV commercials that Stacy was putting herself through college while she was a cheerleader for the Baltimore Ravens? 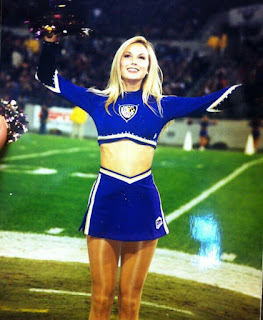 Yup, this former WWE Superstar was once cheering on the Ravens from the sidelines before winning a National talent search to become a Nitro Girl for WCW. 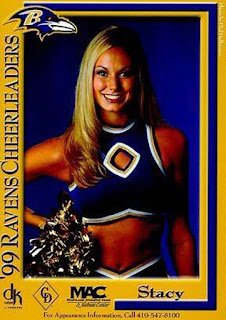 She was born in Maryland on the day the Pirates started their SUPERSTAR SENSATIONAL comeback to win the World Series in 1979.  With the Pirates down 3 games to 1 and a title on the line, the Pirates called on future Hall of Famer, Bert Blyleven to usher in a Bucco victory. 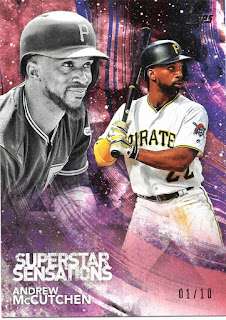 Willie Stargell and Dave Parker did the rest for games 6 and 7. 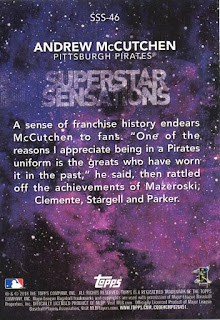 Parker and Stargell broke things open in the 7th inning of Game 6 and we all know of Stargell's heroics in Game 7 capping a mammoth 2 run homer in the 6th and going 4 for 5 at the plate.

It was performances like that which Andrew McCutchen really admired and wanted to be put into the list of all time great Pirates which can be seen on the back of the above 2018 Superstar Sensations insert. 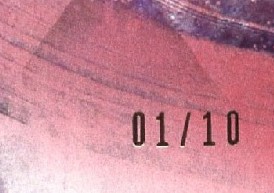 The front bears a lot of pink hues despite being the red parallel numbered to 10 copies. 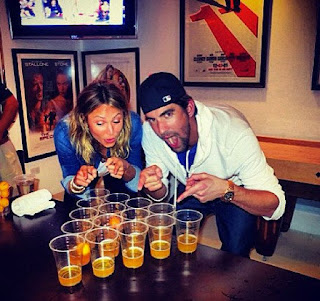 As a Steelers fan I don't have a lot of love for the Ravens.  I do however love showing off one former Ravens cheerleader.
Posted by Collecting Cutch at 11:15 AM