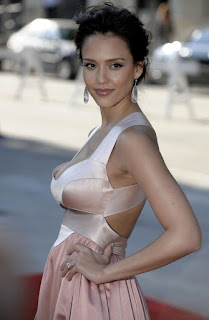 Alba was definitely on my list of "women I can cheat with" when I was growing up. 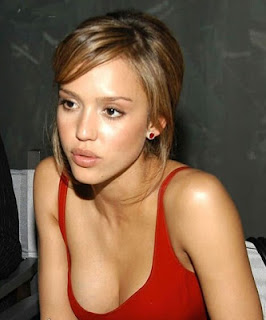 My high school girlfriend and I had a list of 3 people we were allowed to cheat with should an opportunity ever arise and Alba was at the top of that list for me.  Unfortunately it never came to fruition.

Her role in Dark Angel and dressed in all black was well...see for yourself. 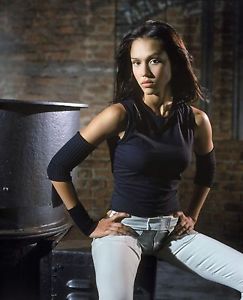 its a shame it lasted only 2 seasons. 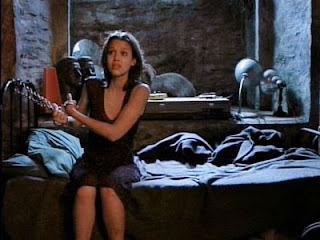 And Never Been Kissed made me drool over her

But unfortunately there was that dud of a Fantastic Four movie mixed in which ultimately almost lead to Alba calling her acting career quits.

Today Alba is still ridiculously hot and in 2014 threw one of the sexiest first pitches in Dodgers history. 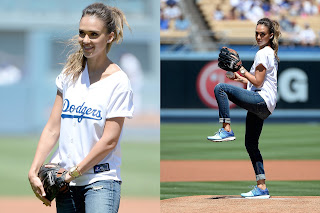 Look at that leg kick!!!

I wonder if Alba had delivered the first pitch in Starling Marte's career if he would have gone yard. 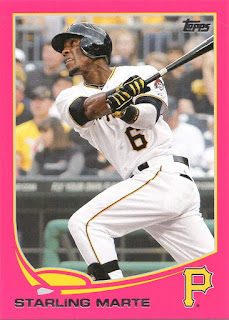 In case you haven't learned from my other SaveSecondBase, I like to show off a good backside just as much as the front from time to time.

So here is what Andrew McCutchen said about Starling Marte going yard on the first pitch he ever saw. 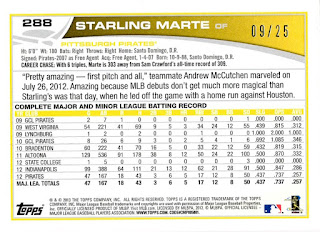 The pitcher who threw that first pitch HR to Marte is Dallas Keuchel and he will be throwing the first pitch to the Cardinals as the Braves will look to defeat them in the NLDS.

Playoff baseball is back!!!!

Posted by Collecting Cutch at 7:17 AM