Please remember that all month long for October I am running multiple contests for some great prizes.

In addition I will be making a donation based on the number of comments left by my readers.  Comments made by myself are excluded.  So far we have raised only $47 after just over a week.  My goal is to get to $150 so we can have enough money for at least one woman to get a free mammogram.  It is going to be close.

Remember that 1 in 8 women will be,detected with breast cancer in their lifetime.  Think about 8 family members or coworkers or friends and picture one of them contacting this terrible disease.  We CAN make a difference.

I have most of the month mapped out with the cards I will be using this year.  Feel free to offer suggestions for who you may want to include.  Be aware though that if the person is just an Instagram THOT (look it up if you don't know what that means) I likely will not include them.

It's a lazy Saturday today and as a kid one of my favorite things to do as a kid was watch Saturday morning cartoons.  Let's look at who is getting the spotlight today and see if I can make another pink card connection... 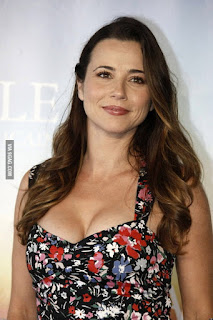 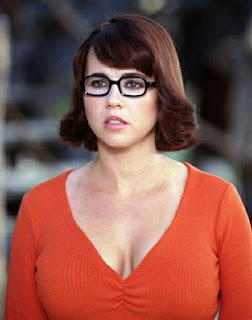 She has played a childhood favorite character of mine and

I first became aware of Linda on the 90s TV show Freaks and Geeks.  Her girl next door look was incredibly attractive. 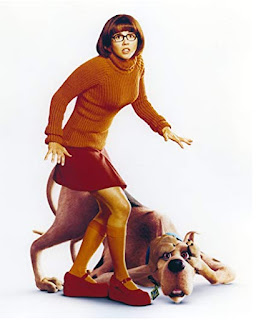 She would then go on to star as Velma in the pair of live action Scooby Doo movies. 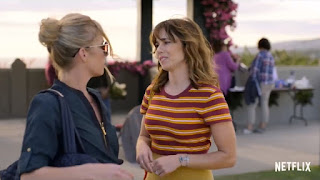 She is currently starring in the Netflix series Dead To Me.

She also went on to appear in Mad Men as well, although she wasn't quite as appealing as I remembered.  It was probably that vintage style hair cut that did nothing for me.

The design can look like pink lemonade when it was used as a mini design for 2011 Lineage. 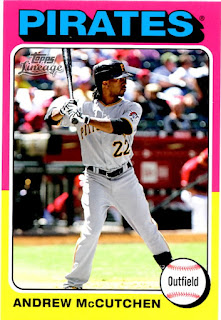 That two tone border is glorious tho. 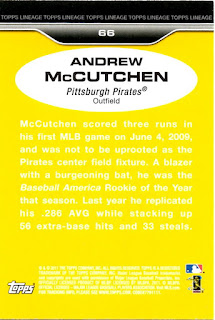 The 70s gave us one of the greatest card designs ever.

It also gave us one of the greatest cartoon franchises in Scooby Doo.

Which Scooby Doo female character do you like more? 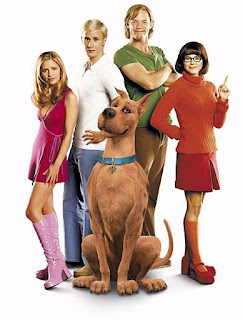 Let's go to my favorite cosplayer, Angie Griffin (who I showed off last year) 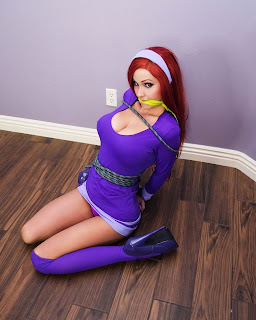 Much like given the choice of Linda or Sarah (Michelle Gellar)...I'm going with Velma.

Velma gif below is provided by Jess Nigri

Posted by Collecting Cutch at 4:02 AM