Nothing Small about this Smallville Actress

Each year during the month of October, I show off only pink (and shades of pink like magenta, peach, etc) to help raise awareness of Breast Cancer, a leading cause of death for females in the United States.  For each (meaningful, non spam) comment left by those that follow the blog I donate a dollar to hopefully help at least one woman get a much needed mammogram.  Early detection is key!!!
If you want to make your own private donation please visit the National Breast Cancer Foundation.  There is a donate button on the main page and it only takes a minute of your time.  Every little bit helps.
I have focused primarily on cards that only feature Andrew McCutchen on the card, but in recent years have also featured cards with a cameo appearance (either being seen on the card or as a name cameo on the back of the card).  Last year I created Falco Files which discussed players that replaced (Shane Falco Replacements movie reference) on an active roster, number worn, or trade.  I will continue to utilize these styles of posts as we celebrate the 4th Collecting Cutch Save Second Base event (I am no longer counting my first run on the Pirates Treasure Room I did back in 2014.)
Please be sure to click here for a Babe Ruth relic card I am offering as a contest prize to one lucky person who posts their own pink cards for the month.  I am matching the $1 per comment on YOUR BLOGS too if you show off pink cards.
You ready to get started
At the end I will be revealing another contest winner that ties in directly with today's subject matter. 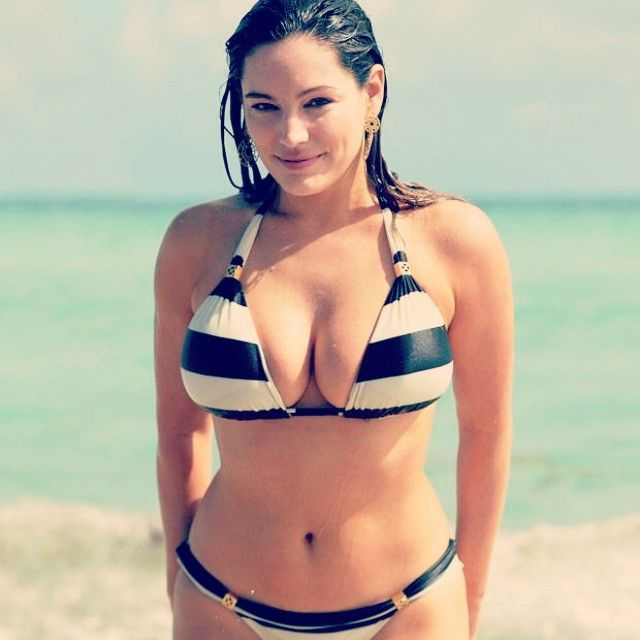 I'm sorry (not really) if you're sick of this image already, but today I am showing off Kelly Brook. 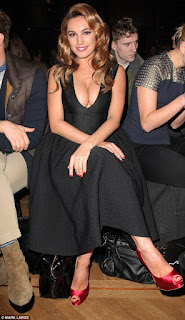 Kelly Brook is a model and actress. 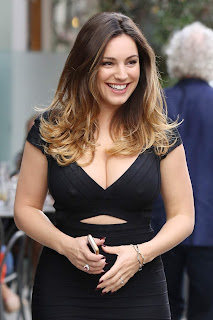 She appeared in the film Piranha 3D abd The Italian Job

She has also starred in Keith Lemon 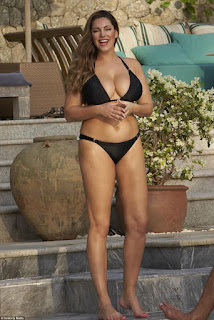 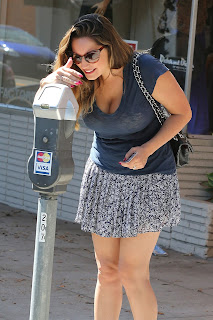 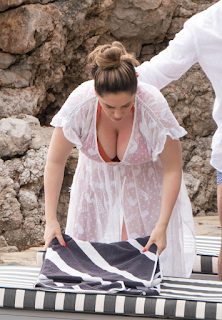 Kelly Brook is stunning even after celebrating her 40th bday last year. 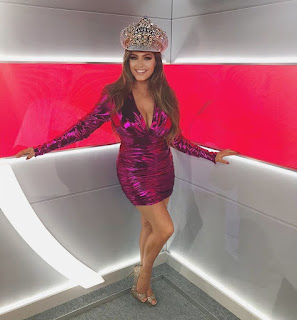 
She is no slouch when it comes to Baseball either as she demonstrated with former costar of Smallville's Lex Luthor, Michael Rossenbaum, in 2014. 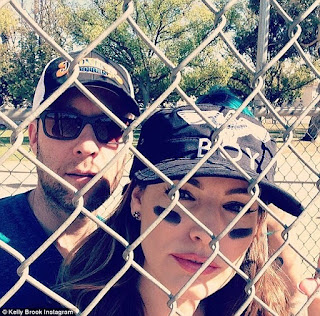 Smallville has become a new generation's Superman, but many people remember the Christopher Reeves 1978 Superman as being the iconic version of Superman. 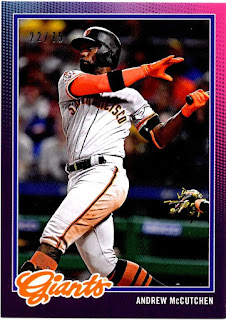 In 2018 Topps produced an online set of exclusive cards based on the 1978 design.  One of the subjects was Andrew McCutchen.  The "purple" parallel you see above definitely has pink hues in the top right corner.  This card is also serially numbered 22/xx adding to my Cutch22 collection, a mini collection of Andrew McCutchen Jersey numbered parallels.

Now for the contest winner
I asked people to show off cards had a 3D look to them on their blog and I was surprised that only 4 people participated. 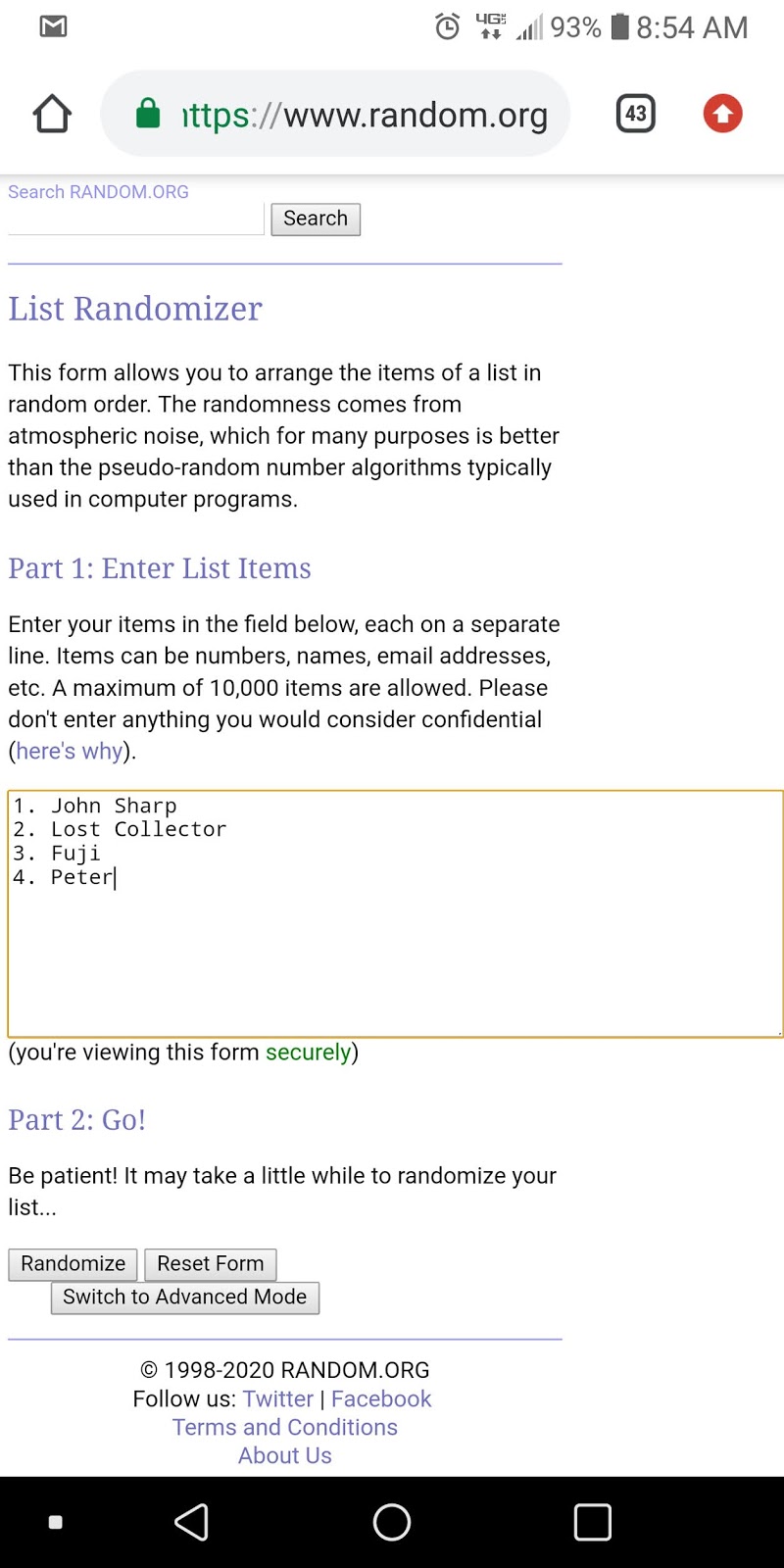 I said I would random it off 3 times (1 for each Dimension?) 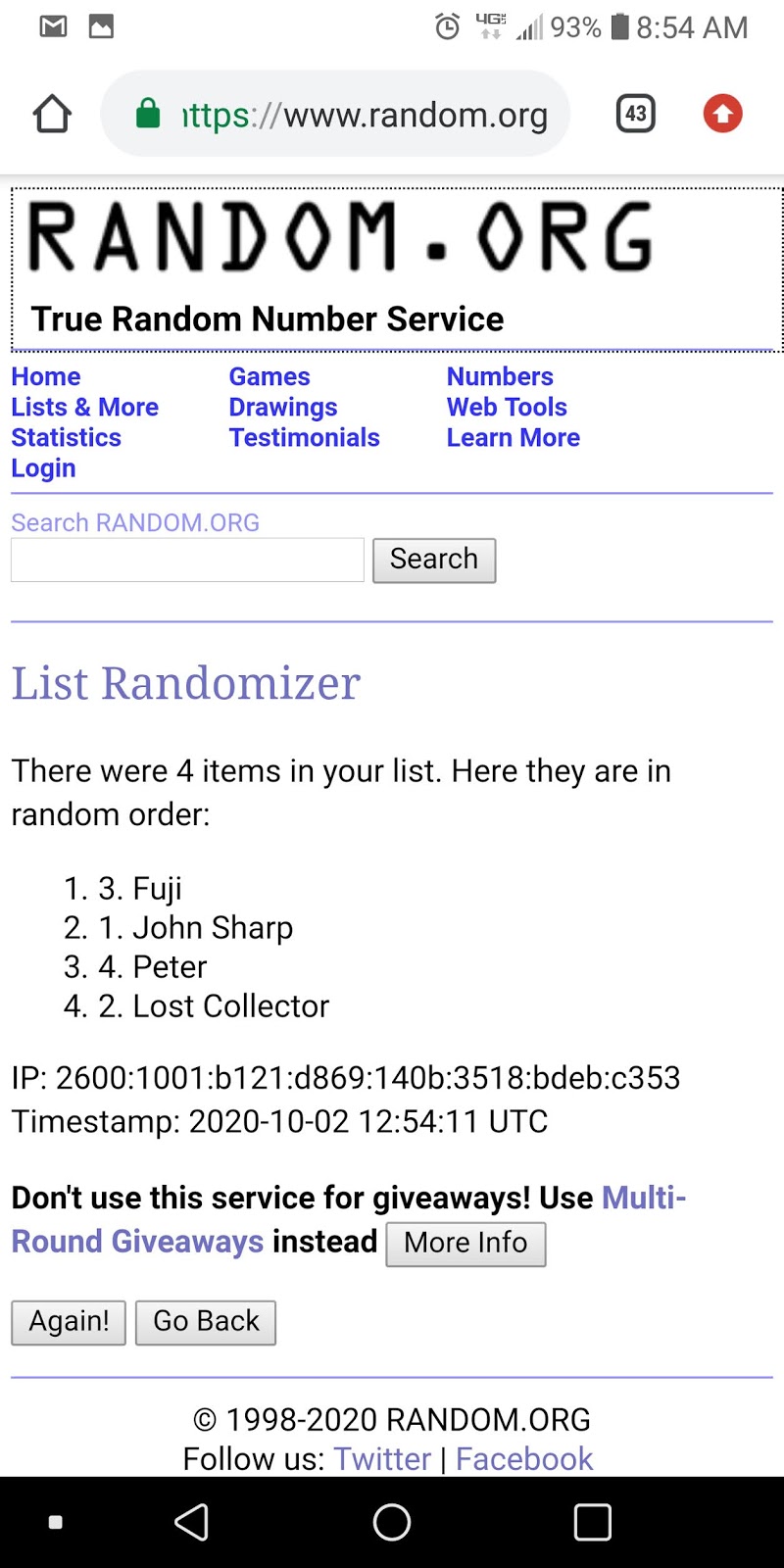 Fuji was on top after the first random 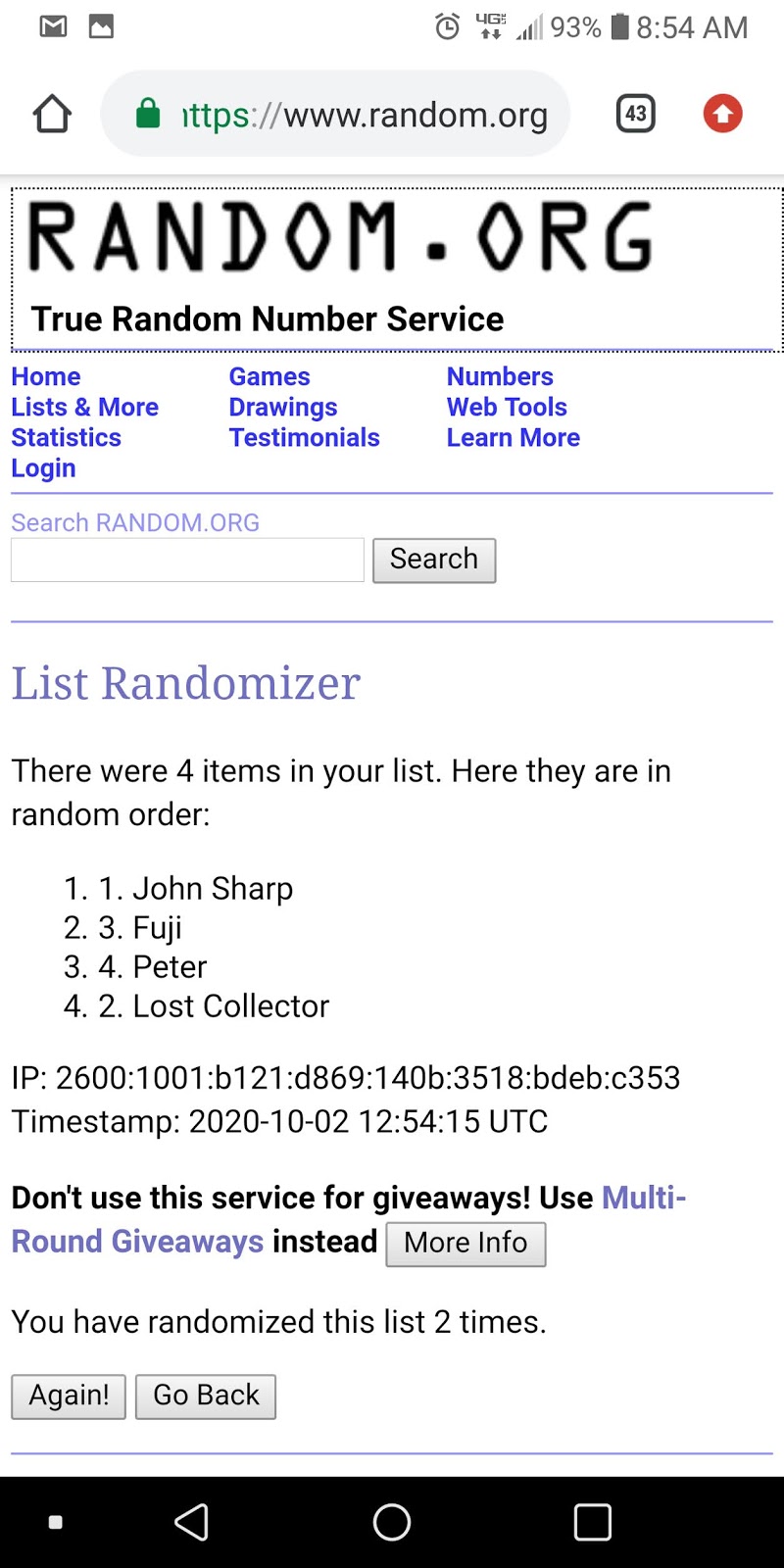 John took over for the 2nd 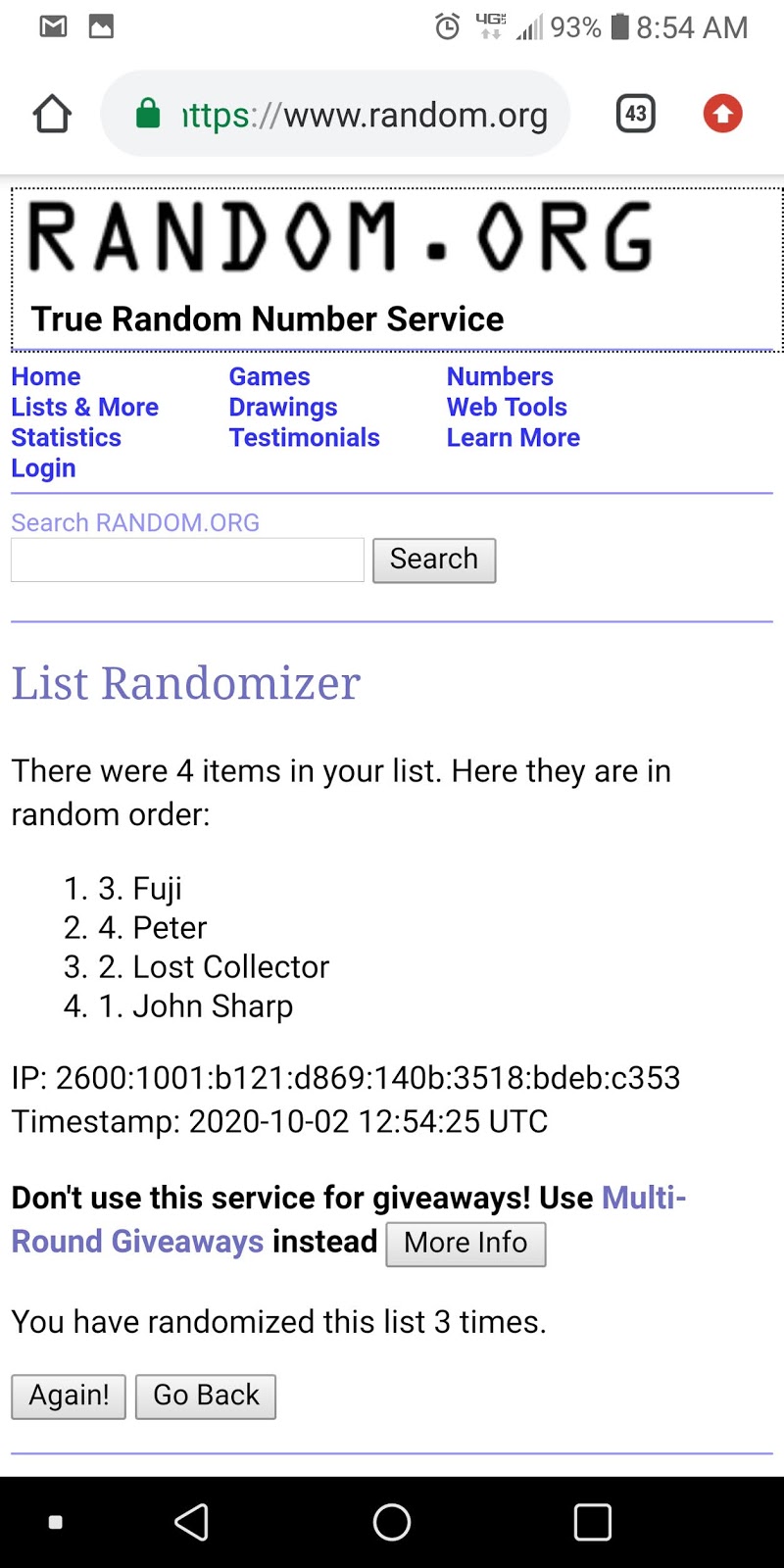 And Fuji finished back on top for the 3rd random.
Congrats Fuji! Email your address and I will get the Kelly Brook autograph out to you in the coming week 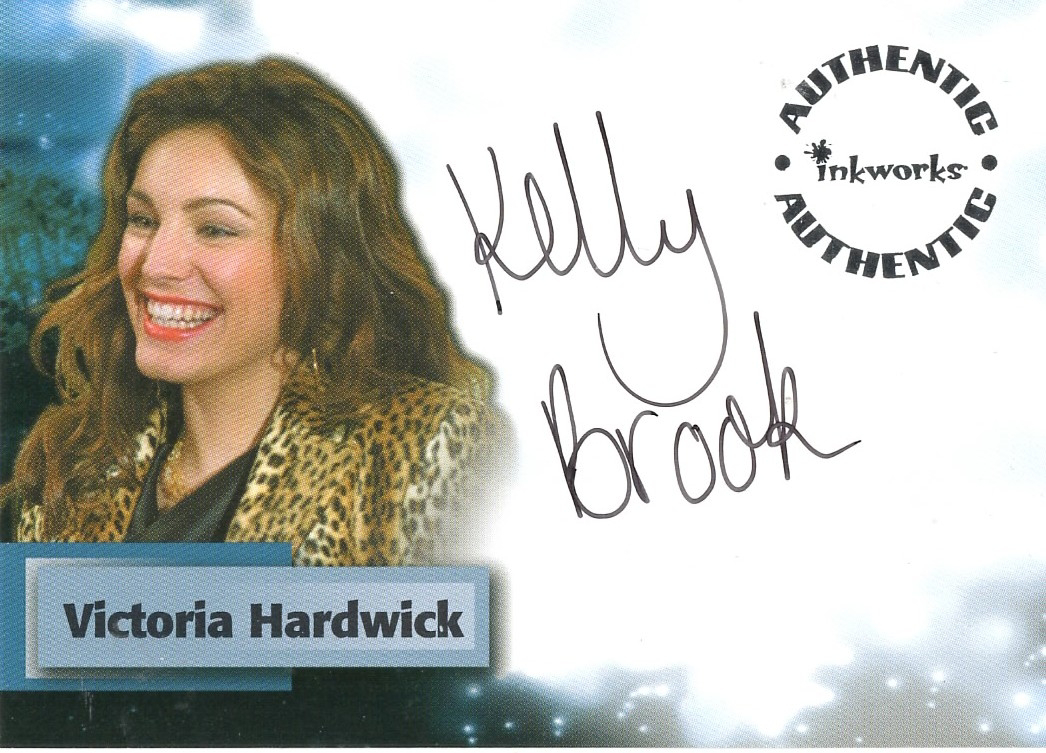 For some comment chatter below feel free to discuss Kelly Brook, congratulations to Fuji, your favorite model turned actress, turning 40, or anything relating to Smallville/ Piranha 3D.
Posted by Collecting Cutch at 9:06 AM