You Don't Mess With The Zoltan

There is only one more day left in October after today's post.  Each year during the month of October, I show off only pink (and shades of pink like magenta, peach, etc) to help raise awareness of Breast Cancer, a leading cause of death for females in the United States.  For each (meaningful, non spam) comment left by those that follow the blog I donate a dollar to hopefully help at least one woman get a much needed mammogram (max $400).  Early detection is key!!!
If you want to make your own private donation please visit the National Breast Cancer Foundation.  There is a donate button on the main page and it only takes a minute of your time.  Every little bit helps.
I have focused primarily on cards that only feature Andrew McCutchen on the card, but in recent years have also featured cards with a cameo appearance (either being seen on the card or as a name cameo on the back of the card).  Last year I created Falco Files which discussed players that replaced (Shane Falco Replacements movie reference) on an active roster, number worn, or trade.  I will continue to utilize these styles of posts as we celebrate the 4th Collecting Cutch Save Second Base event (I am no longer counting my first run on the Pirates Treasure Room I did back in 2014.)
Today's focus is another favorite of mine 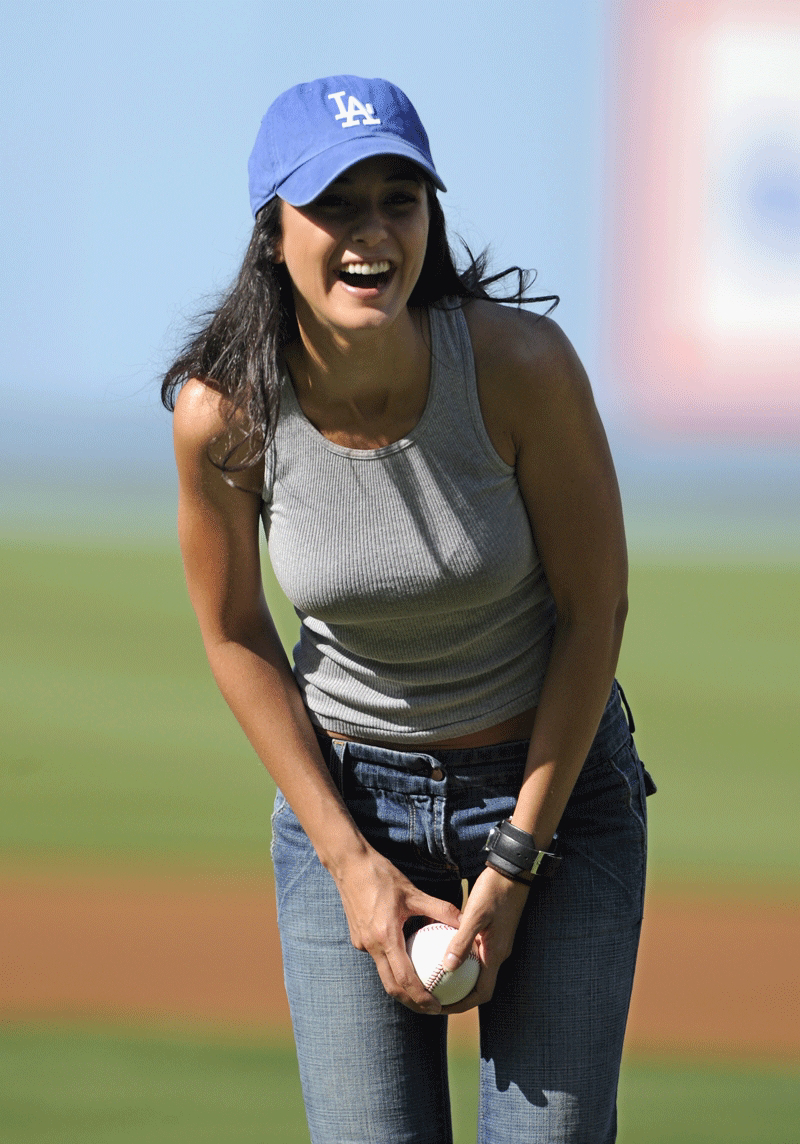 As Night Owl alluded to yesterday Emmanuelle Chriqui is in fact a Dodgers fan and has thrown out a first pitch (and looked amazing in that tank top, jeans, and Dodgers hat while doing it) 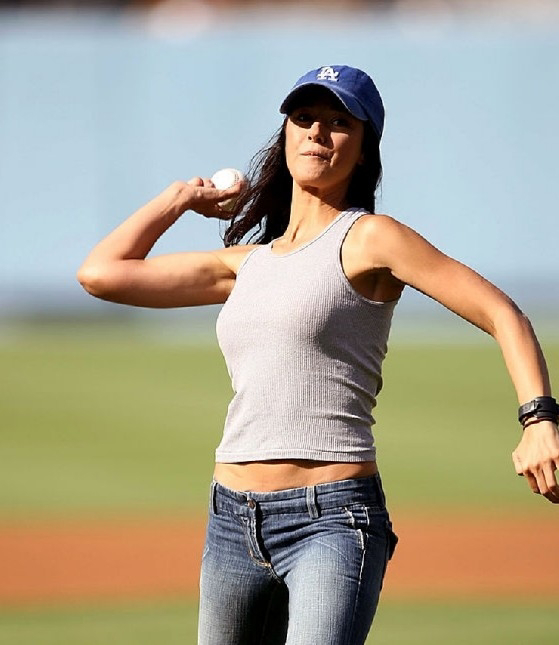 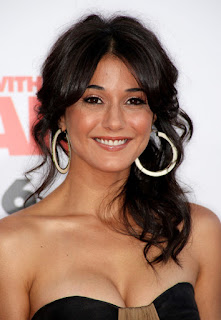 She is probably most known for her role on Entourage. 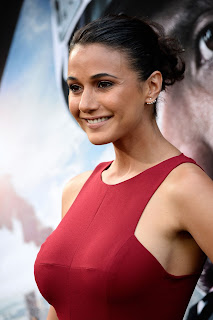 However, I first noticed her in the Nickelodeon movie, Snow Day

She plays the role of the cliche "hot girl at school" that just broke up with her boyfriend and is now available.

That same year she appeared in a movie called 100 Girls about a guy trying to figure out who he made out with during a blackout.

I can't believe both those movies are 20 years old now.  The movies are almost legal age to drink.
Then I became aware of her in the film Detroit Rock City where she plays a disco loving diva who is described by her best friend with "tits so big you'll feel like a baby sucking them" that gets chained to the side of a highway as her male friends are painted up in the rock band Kiss imagery. 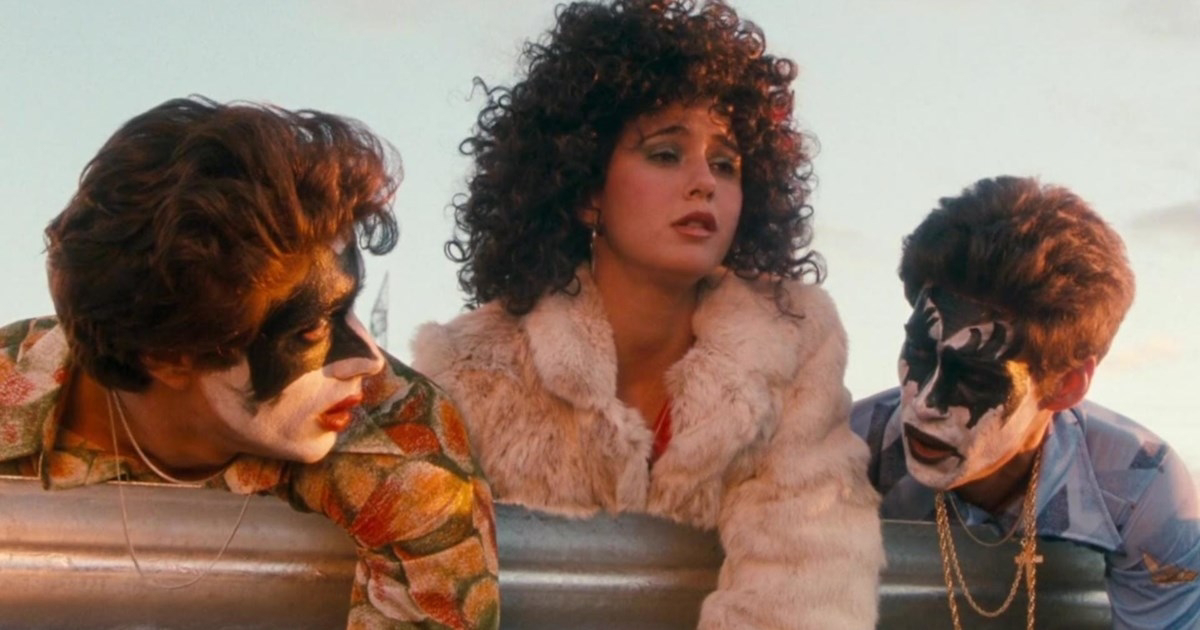 And also showed some of her comedic personality too. 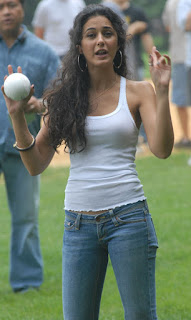 That contained some baseballesque scenes

That are worthy of slow motion and rewind

From Zohan to Zoltan... 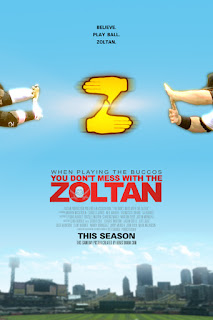 In 2012 the Steel City adopted the symbol of Zoltan for their celebrations. 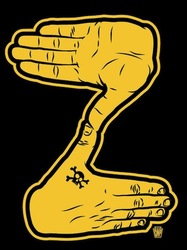 It is rumored that Neil Walker and Rod Barajas created the rally cry.
Cutch even had a few cards that feature the Zoltan celebration symbol on it. 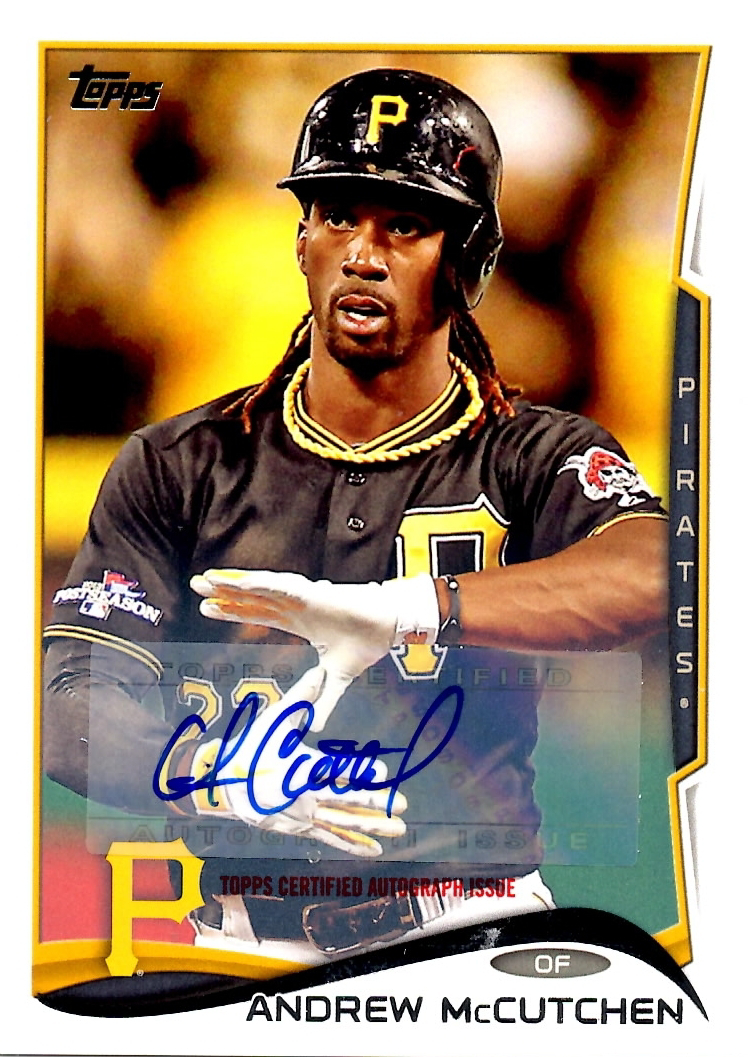 Emmanuelle was born in 1975 which is the design used for this 2011 Lineage throwback. 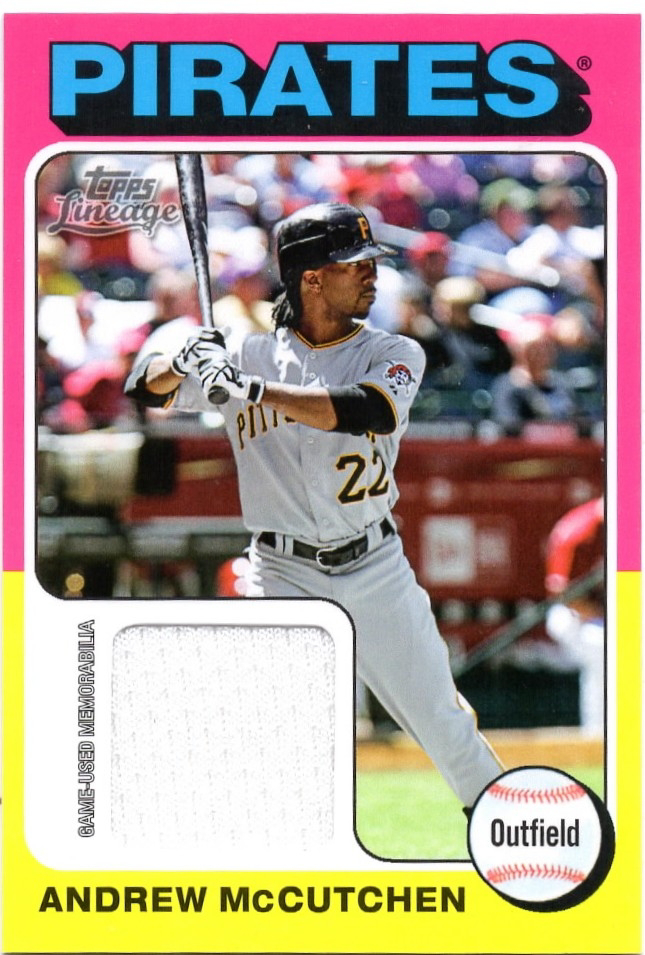 I have a few variations of this card, but this one is the plain white jersey relic. 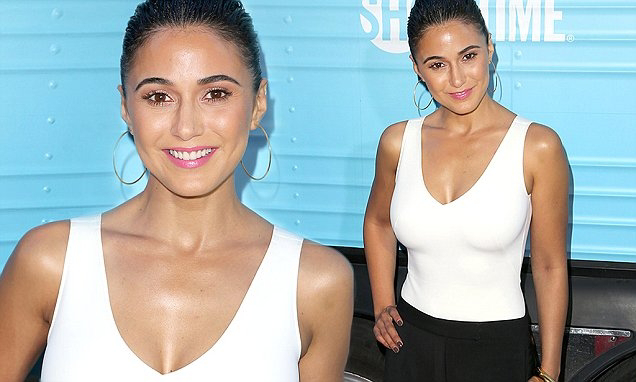 Sometimes a plain white material looks good.
Winner of the Lou Brock card will be announced as part of my recap on Sunday.
Posted by Collecting Cutch at 12:00 PM