Each year during the month of October, I show off only pink (and shades of pink like magenta, peach, etc) to help raise awareness of Breast Cancer, a leading cause of death for females in the United States.  For each (meaningful, non spam) comment left by those that follow the blog I donate a dollar to hopefully help at least one woman get a much needed mammogram.  Early detection is key!!!
If you want to make your own private donation please visit the National Breast Cancer Foundation.  There is a donate button on the main page and it only takes a minute of your time.  Every little bit helps.
I have focused primarily on cards that only feature Andrew McCutchen on the card, but in recent years have also featured cards with a cameo appearance (either being seen on the card or as a name cameo on the back of the card).  Last year I created Falco Files which discussed players that replaced (Shane Falco Replacements movie reference) on an active roster, number worn, or trade.  I will continue to utilize these styles of posts as we celebrate the 4th Collecting Cutch Save Second Base event (I am no longer counting my first run on the Pirates Treasure Room I did back in 2014.)
Please be sure to click here for a Babe Ruth relic card I am offering as a contest prize to one lucky person who posts their own pink cards for the month.  I am matching the $1 per comment on YOUR BLOGS too if you show off pink cards.
You ready to get started? 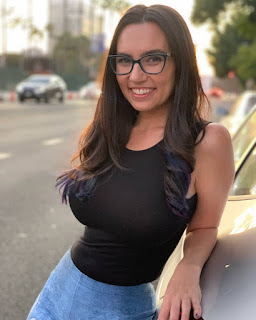 She now has her Own channel simply called Trisha Hershberger

Which I watch despite not having any of the new game systems.

She has attended multiple pop culture conventions and did live reporting from them. 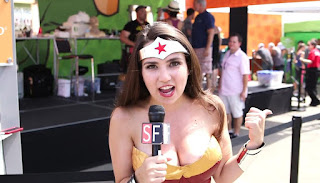 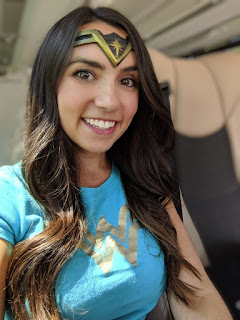 She also appeared in a fan commercial for Mountain Dew which became viral mainly for this scene.

Fanboys love her as you can see in the video below 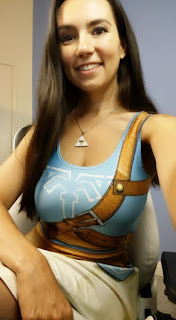 I can't believe she just turned 38 a few weeks ago. She doesn't look older than 25.  Unbelievable! 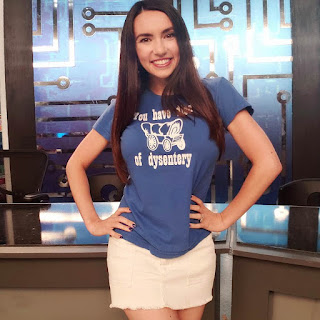 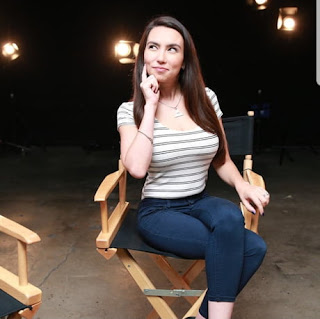 She is one of my favorite gif searches because of being a perfect blend of cute and sassy.

I chose this 2019 Topps Tek pink card to represent Trisha after my initial reaction of not wanting to show off my first choice (Milana Vayntrub).  With Milana's social media reactions of being sexualized getting to her personally, I chose another Technology based gorgeous woman.  The fact that Trisha was born in Pennsylvania, a state Cutch has played his entire career (minus 1 season) made the transition easier. 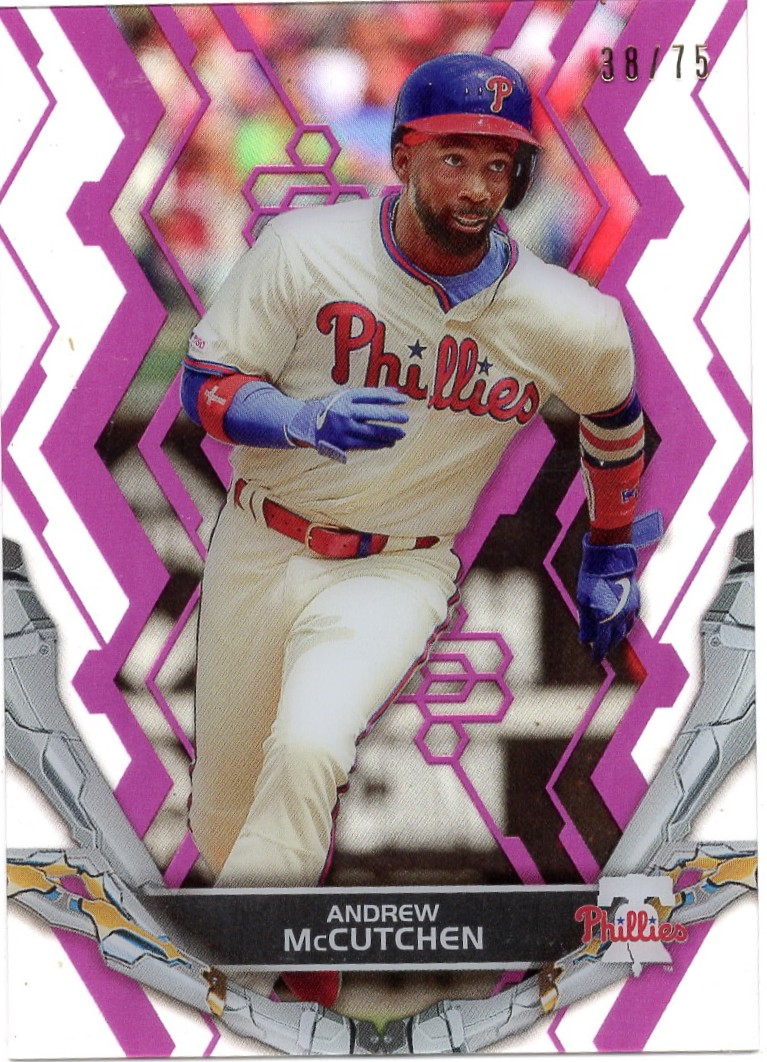 2019 Topps Tek saw a change in the approach of the card designs.  In previous years Tek focused on multiple background designs.  The 90s versions famously had almost 100 different parallels to chase based on the patterns.  Now the patterns are all the same and only the colors have changed.
Posted by Collecting Cutch at 8:13 AM

Email ThisBlogThis!Share to TwitterShare to FacebookShare to Pinterest
Labels: Call of Duty, Save The Boobies, SaveTheBoobies, Trisha Hershberger, Wonder Woman