War, What Is It Good For?

Because it's football Sunday I am going to talk about someone closely related to football, but first let me give some background info on... 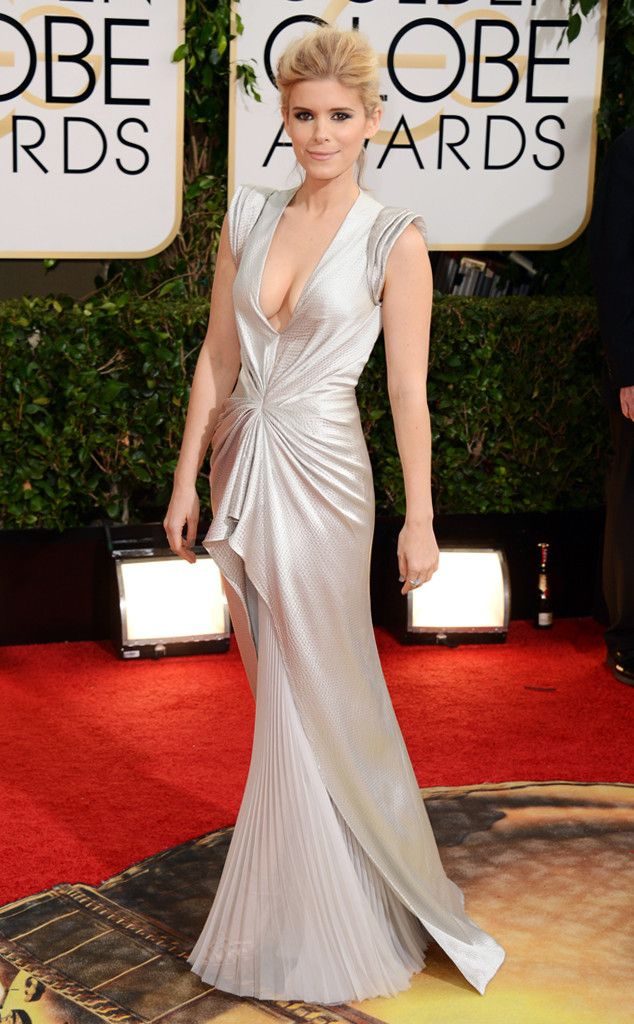 For just a few of her roles I recall her in 24, House of Cards, and the very forgettable Fantastic 4 movie (2015) 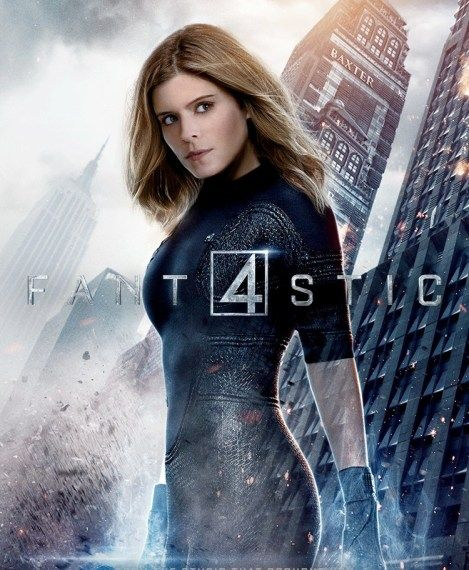 She also appeared in movies like Zoom and Brokeback Mountain when she was just a teenager. 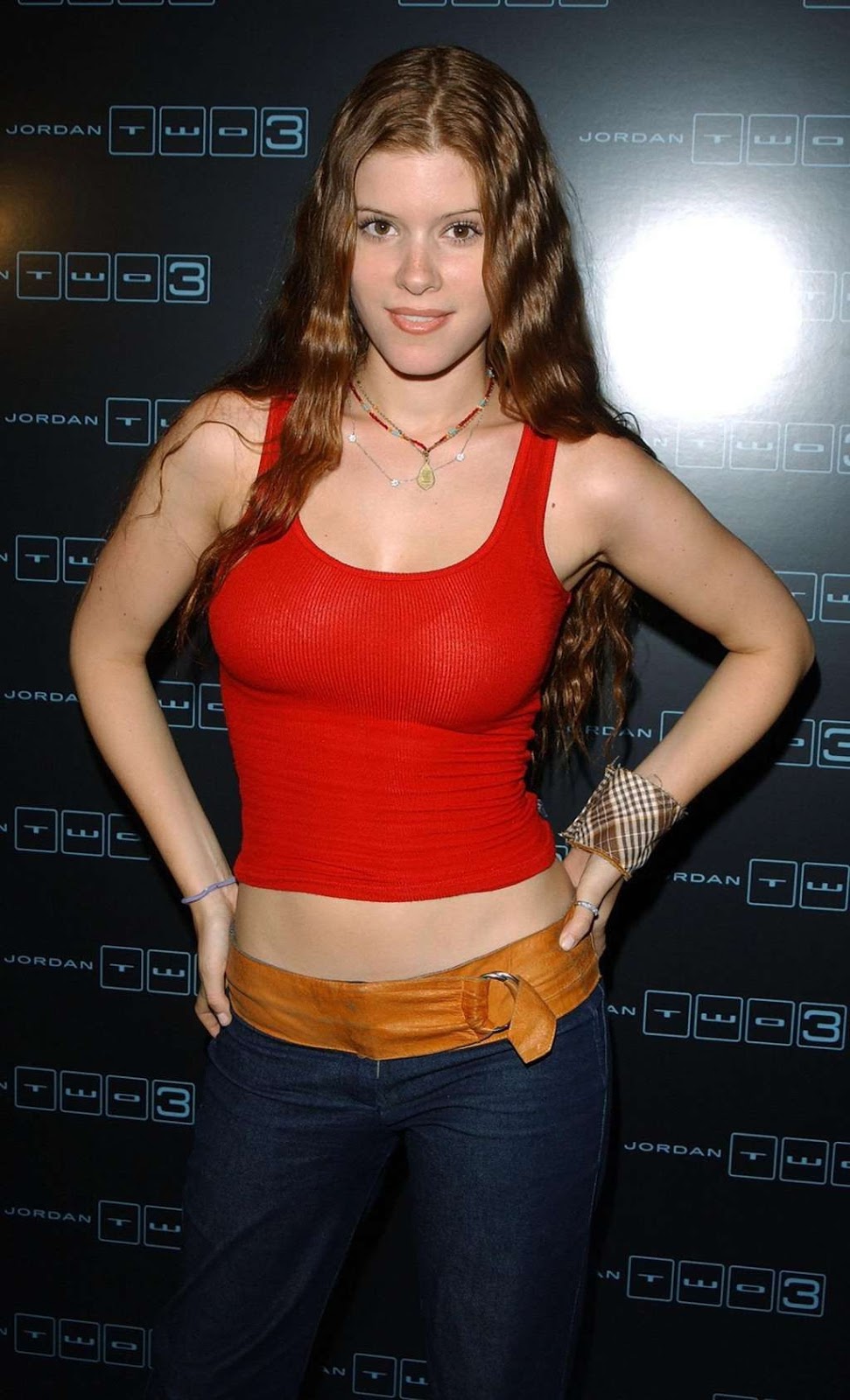 One of her best looking roles was in the action thriller Shooter. You may not expect this from a famous actress, but Kate is football royalty. 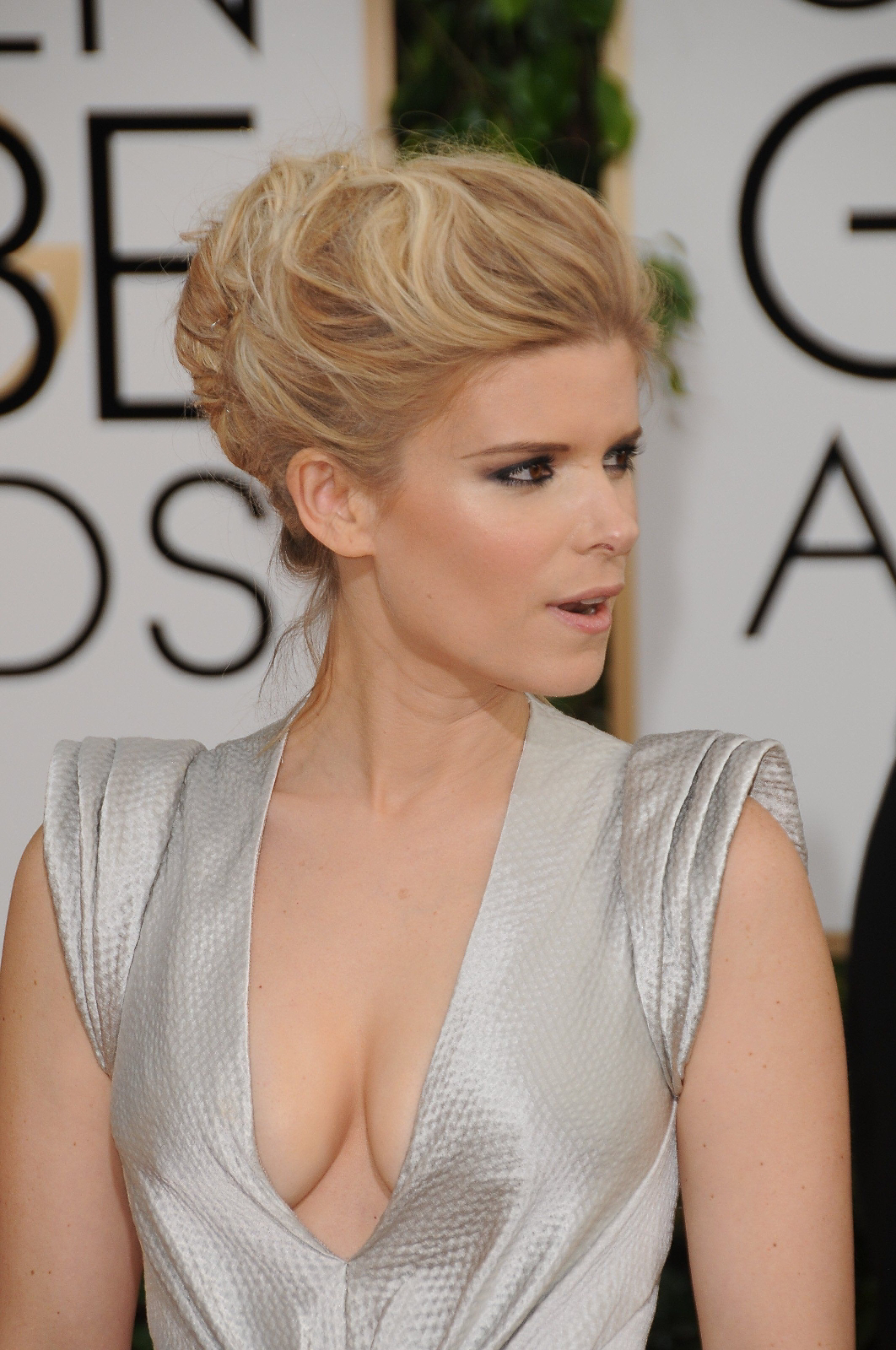 She is the great granddaughter of the original founders of the New York Giants (Tim Mara) and Pittsburgh Steelers (Art Rooney). 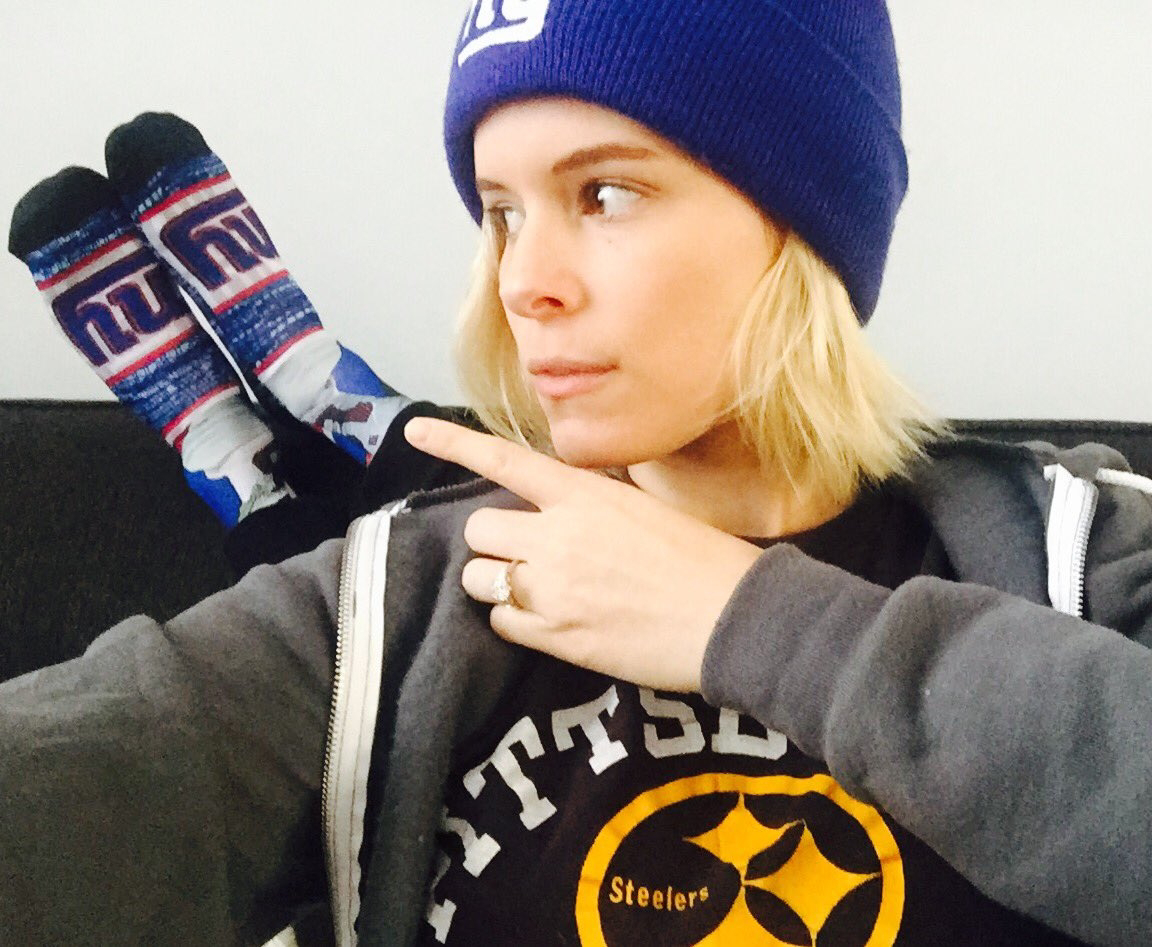 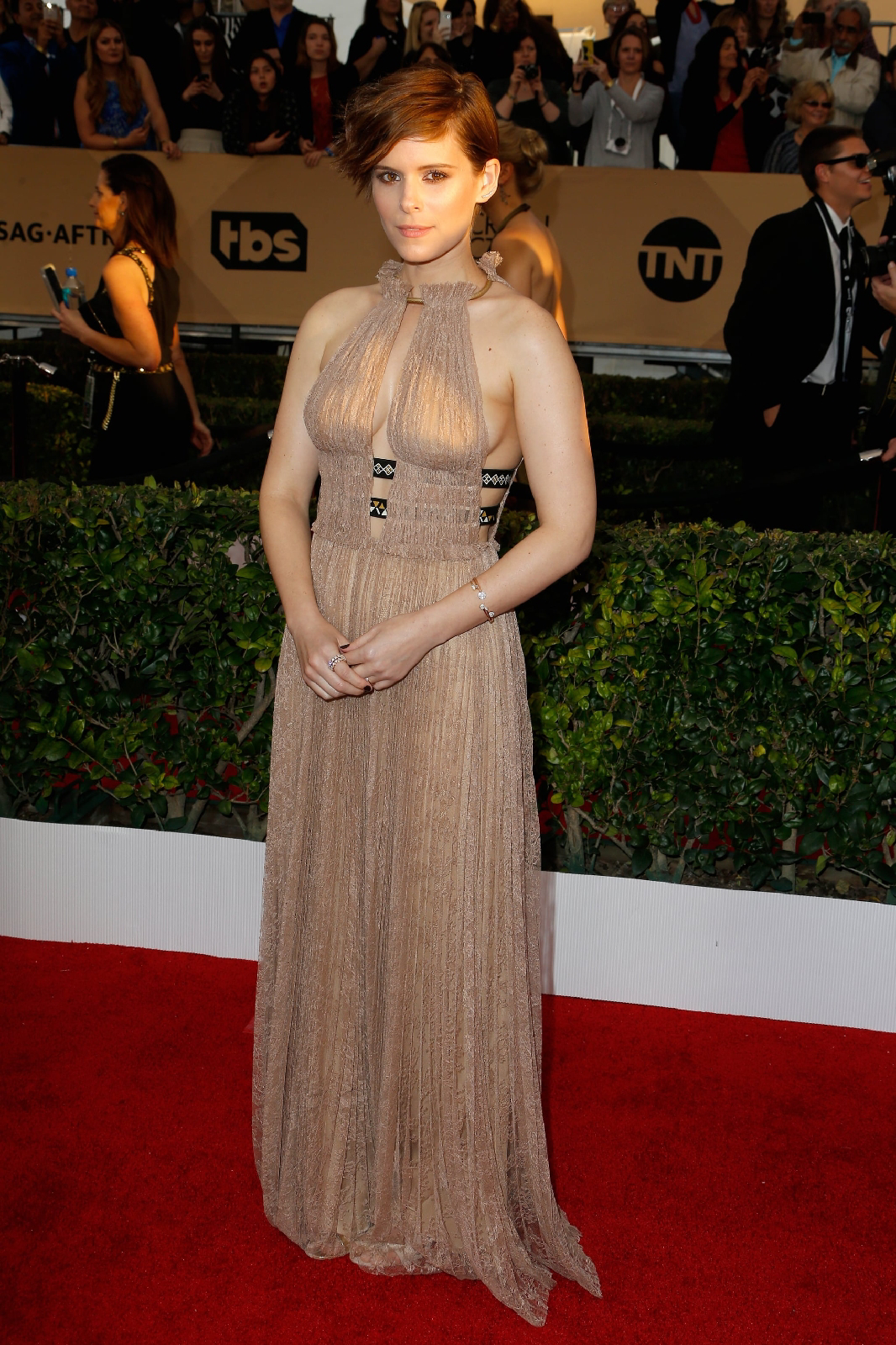 Royalty!
She has also starred in the real life War Hero story, Megan Leavey (available for streaming on Hulu).  It tells the story of Megan and her dog Rex who completed over 100 missions, until one day a new explosive device injured both of them. It's ok to admit crying while watching the movie, no one will think you're any less manly.
The real Megan Leavey was a die hard Yankees fan and was invited to Yankee Stadium in 2012 where she received a Purple Heart for her services. 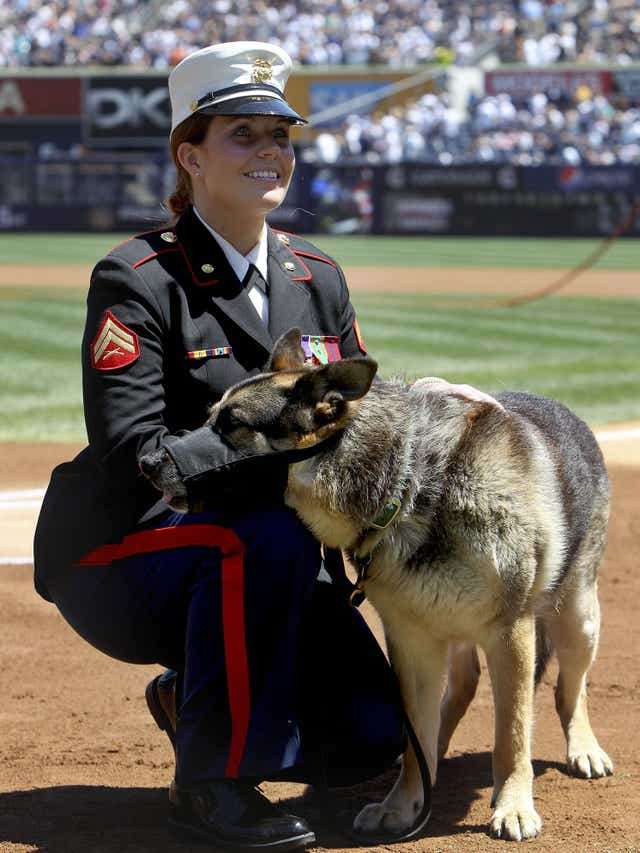 Yankee Stadium was a stadium Cutch called home for the tail end of the 2018 season. 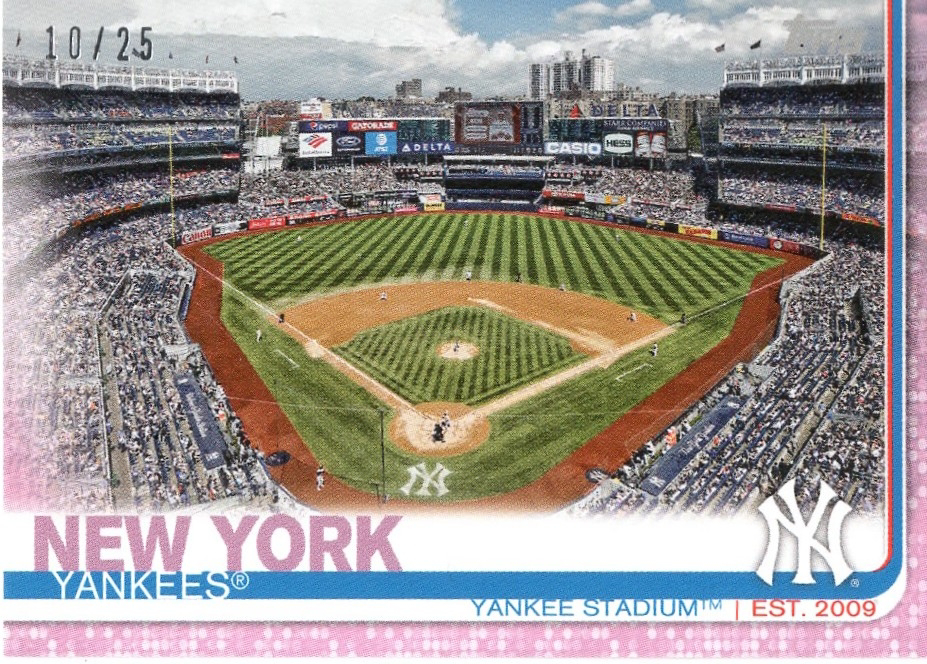 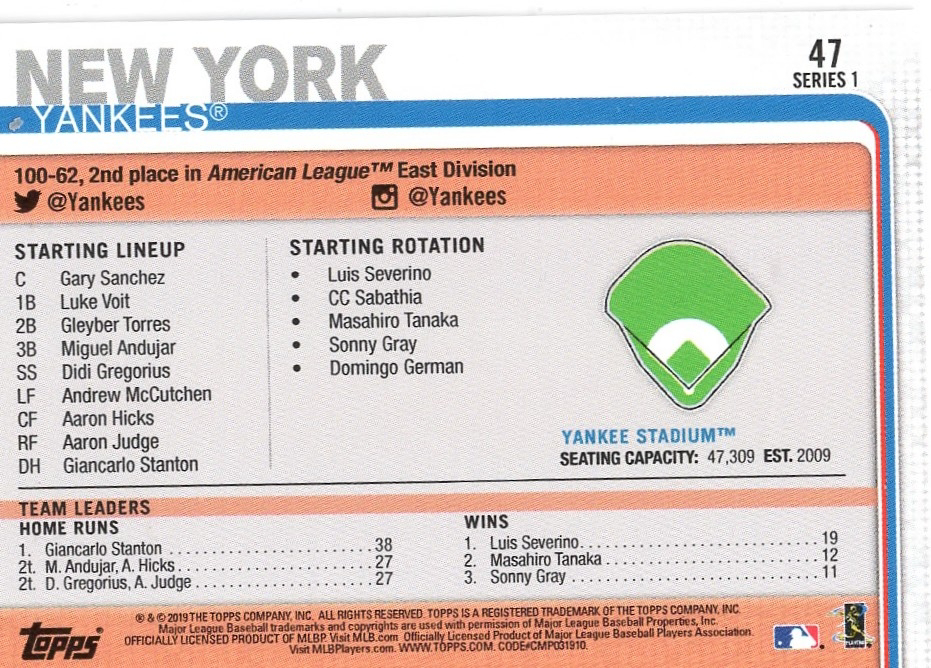 The back of the card has a name cameo of Cutch as part of the Starting Lineup.
Speaking of WAR, pink cards, and heroes; how would you like to win an autograph of the late Lou Brock? 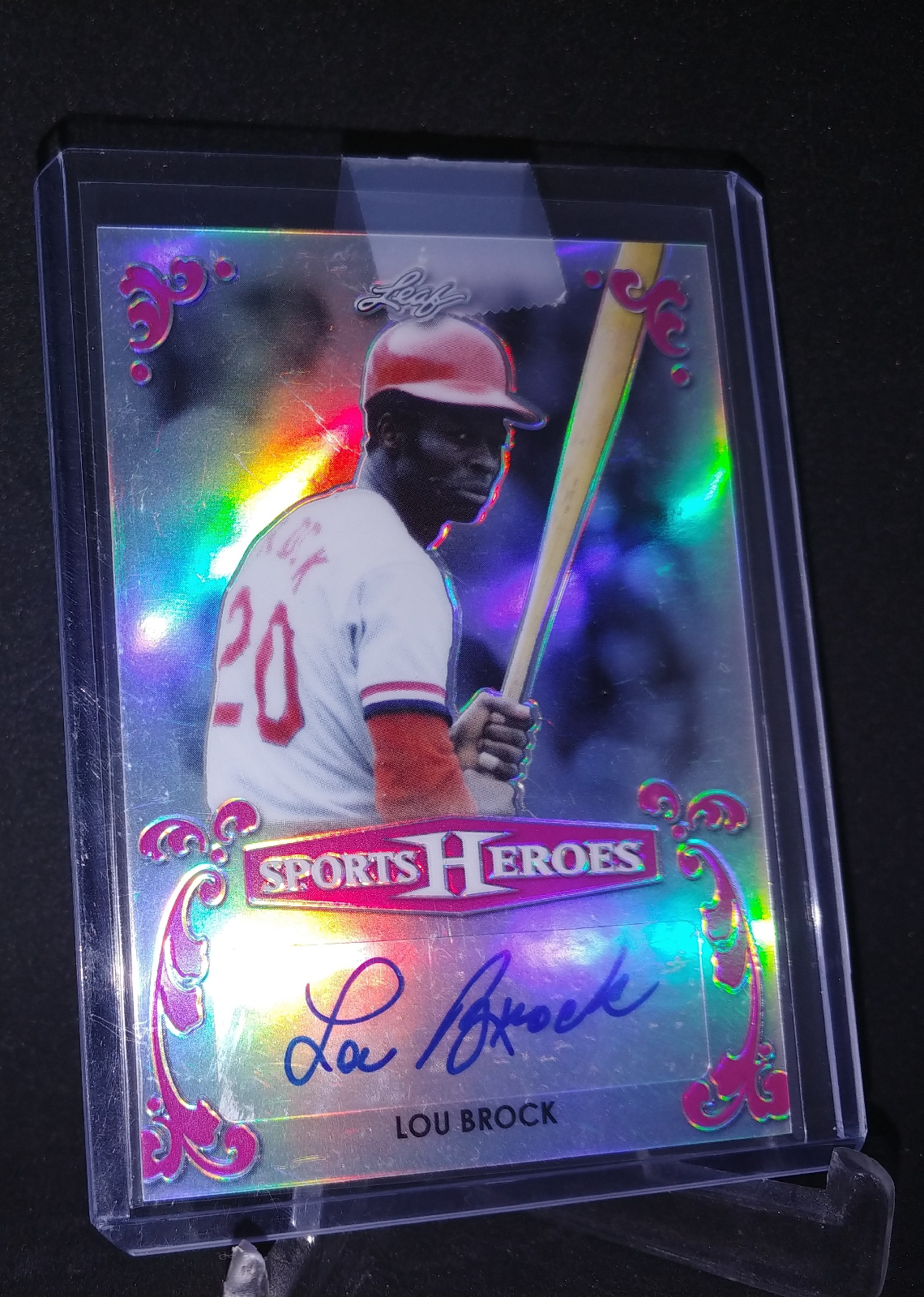 I will random all the comments on this post that say what their favorite war movie is (feel free to also discuss Kate, Megan, the WAR stat, Lou Brock in your comment too).  The person on top after the 6th (Lou Brock's All Star Game appearances) random will receive the Lou Brock autograph.  This contest entry will close Thursday morning 10/29/20 at 8am. 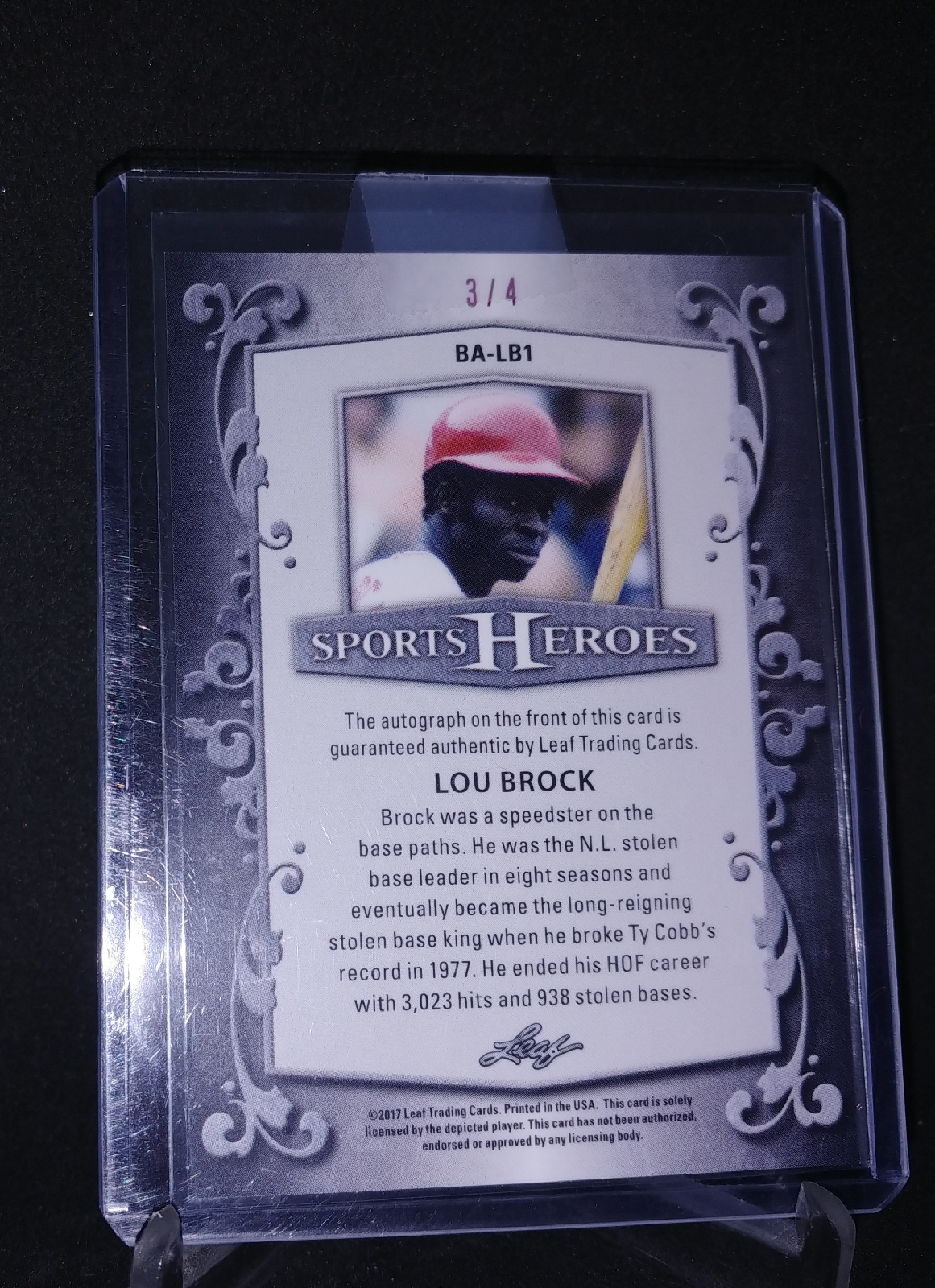 It's another pink card with an autograph of a deceased Hall of Famer so please participate in this contest.  Limit one entry per blogger.  Must leave a comment about your favorite war movie.  Additional comments are appreciated too.
Lou Brock was elected to the Hall of Fame with his first year on the ballot after a 19 year career that saw him collect 3,023 hits and at the time of his retirement he was the all time Stolen Base leader.  Despite over 3K hits, Brock finished his career with only a 45.4 WAR (Wins Above Replacement).  I thought it was strange that a 19 year veteran with over 3,000 hits and being the Stolen Base Champ would have amassed only a 45.4 WAR over his career.  Then I started to dissect his career a little bit and it's easy to see why he received only 1 top 5 MVP vote and why his WAR is lower than some of today's current outfielders. 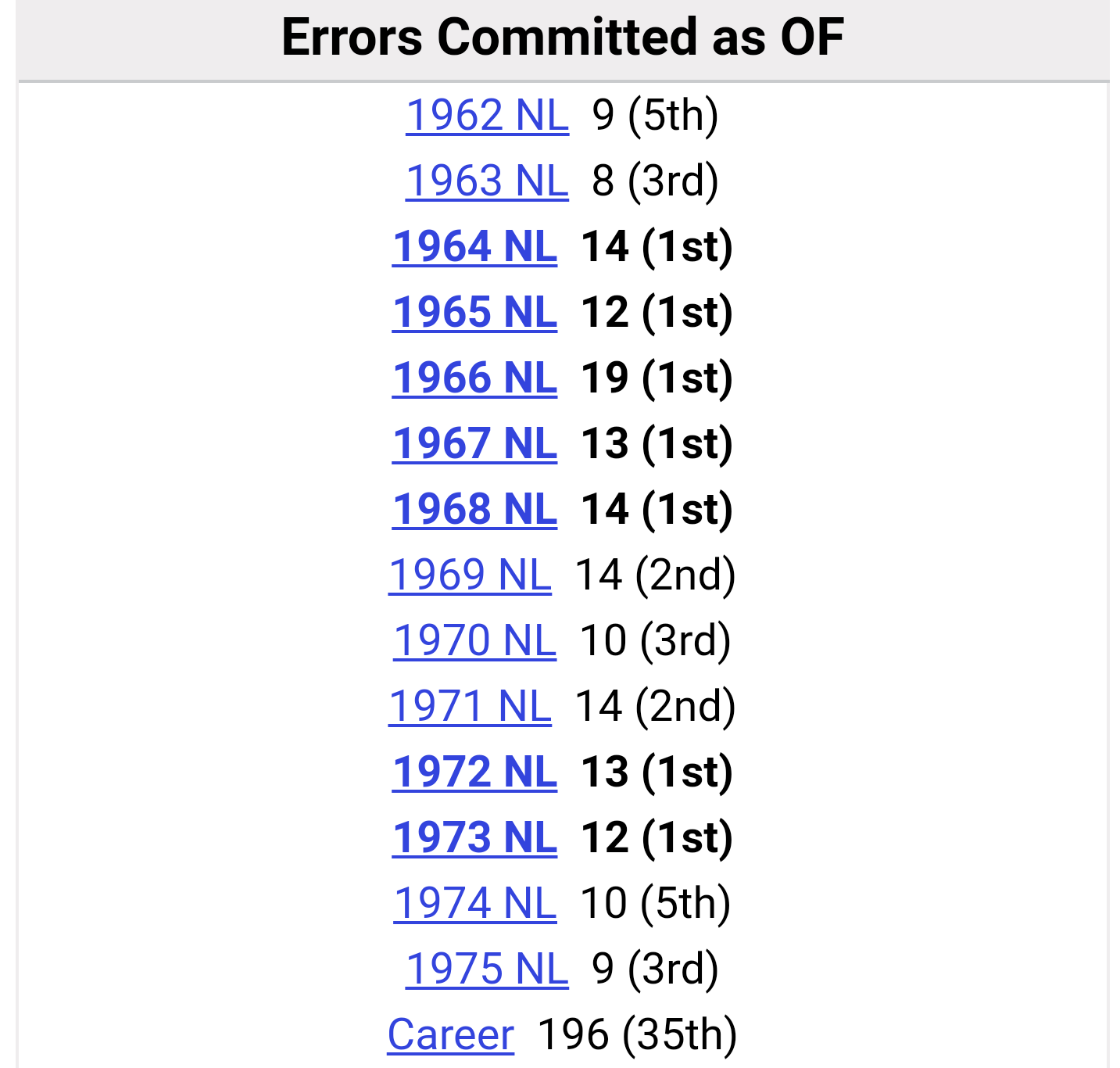 I never saw him play, but he lead the National League in Outfield Errors 7 times in his 19 year career and finished in the top 10 in 14 of those 19 seasons.
He struck out nearly 1,000 more times than he walked and finished his career with a slugging percentage of only .410.  He lead the National League in caught stealing 7 times and has the second most caught stealings in a career. His SB% was surprisingly only 75% in his career and produced the 21st most overall outs in a career.
I know it is a much different game played now than in the 60s and 70s, but Andrew McCutchen has already accumulated nearly an identical WAR (44.4) in 1,000 less games played.  His OBP and SLG is significantly higher than Brock while his SB success is slightly worse (71%) and average .285 is slightly worse.  He also doesn't make the routine plays into errors as he has only twice finished in the top 10 for errors made as an outfielder.

The WAR stat was created so that we could judge players of different eras to see how much better they are than a replacement level player from the minor leagues.
Do you agree with the WAR stat?  Is it helpful to gage players of different eras?
What is a favorite war movie for you? (You must say your favorite War movie to qualify for entry into the Lou Brock auto card random)
Posted by Collecting Cutch at 4:09 AM