Beginning this year and carrying on for the foreseeable future I hope to make a Mean Girls related post each October 3rd.
Each year during the month of October, I show off only pink (and shades of pink like magenta, peach, etc) to help raise awareness of Breast Cancer, a leading cause of death for females in the United States.  For each (meaningful, non spam) comment left by those that follow the blog I donate a dollar to hopefully help at least one woman get a much needed mammogram.  Early detection is key!!!
If you want to make your own private donation please visit the National Breast Cancer Foundation.  There is a donate button on the main page and it only takes a minute of your time.  Every little bit helps.
I have focused primarily on cards that only feature Andrew McCutchen on the card, but in recent years have also featured cards with a cameo appearance (either being seen on the card or as a name cameo on the back of the card).  Last year I created Falco Files which discussed players that replaced (Shane Falco Replacements movie reference) on an active roster, number worn, or trade.  I will continue to utilize these styles of posts as we celebrate the 4th Collecting Cutch Save Second Base event (I am no longer counting my first run on the Pirates Treasure Room I did back in 2014.)
Please be sure to click here for a Babe Ruth relic card I am offering as a contest prize to one lucky person who posts their own pink cards for the month.  I am matching the $1 per comment on YOUR BLOGS too if you show off pink cards.
You ready to get started? 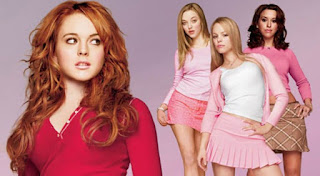 Somehow our country has made Mean Girls day an actual day to celebrate (much like Star Wars day on May the 4th) each year.  I am sure that there are other movies that have spawned unofficial days like Empire Records (Rex Manning Day), but today we are focusing on this weird social media meme focused day as we celebrate a star of the movie.

The reason Mean Girls day is celebrated on October 3rd is because of this random line in the movie when Lindsay Lohan's character, Cady (pronounced Katie), first talks to the guy in her math class she has a crush on.
Mean Girls is the story of a group of popular girls at high school that are known as the Plastics.  They control much of the school's functions.  Lohan's character joins them after being the new school student.
If this goes well, I plan to focus on other "Plastics" in the future (my favorite being Rachel McAdams)
Today I will focus on Lindsay Lohan though because I just want to get it over and done with. 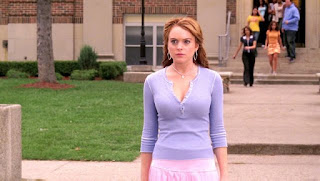 She became famous at a young age for many Disney produced movies and was one of the rising actresses with a unique blend of cute and quirky while showcasing a good range of acting for a teenager.

In her late teens, early twenties things got a little troubling for Lohan.

And she transformed into an actress that seemed to focus more on partying than working.

Some of her other early starring roles included:
Freaky Friday 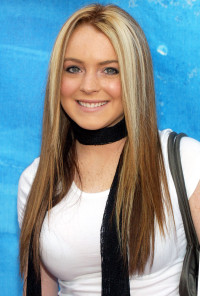 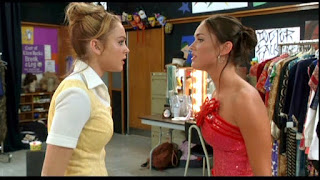 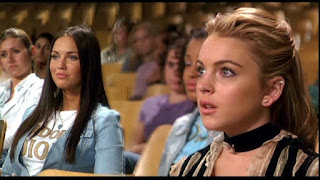 One of my favorite roles for her though was Herbie:Fully Loaded. 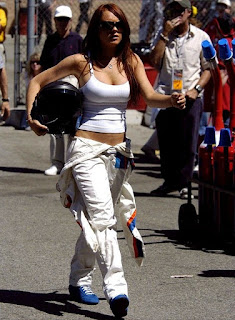 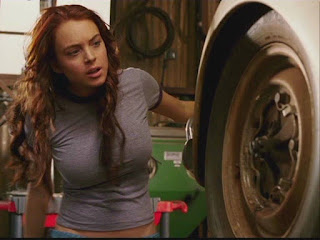 Over the years Lohan has lost her cute factor in my opinion.

I am not a huge fan of Lindsay Lohan in her current state (pictured in white dress below). 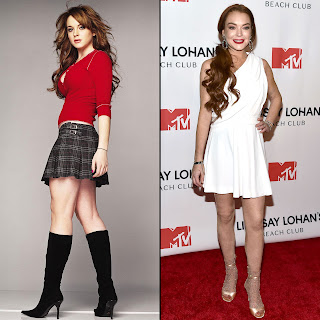 That's when the future seemed bright for the actress

The movie Mean Girls will forever be a generational classic.  It has already become a Broadway play and a National Day.

One of the focuses of Mean Girls is when Lindsay's good nature Cady joins a new school after living her entire life in Africa.  She meets "The Plastics", a group of the three most popular girls at high school.

This PSA graded 2018 Topps Chrome card will forever be encapsulated in plastic. 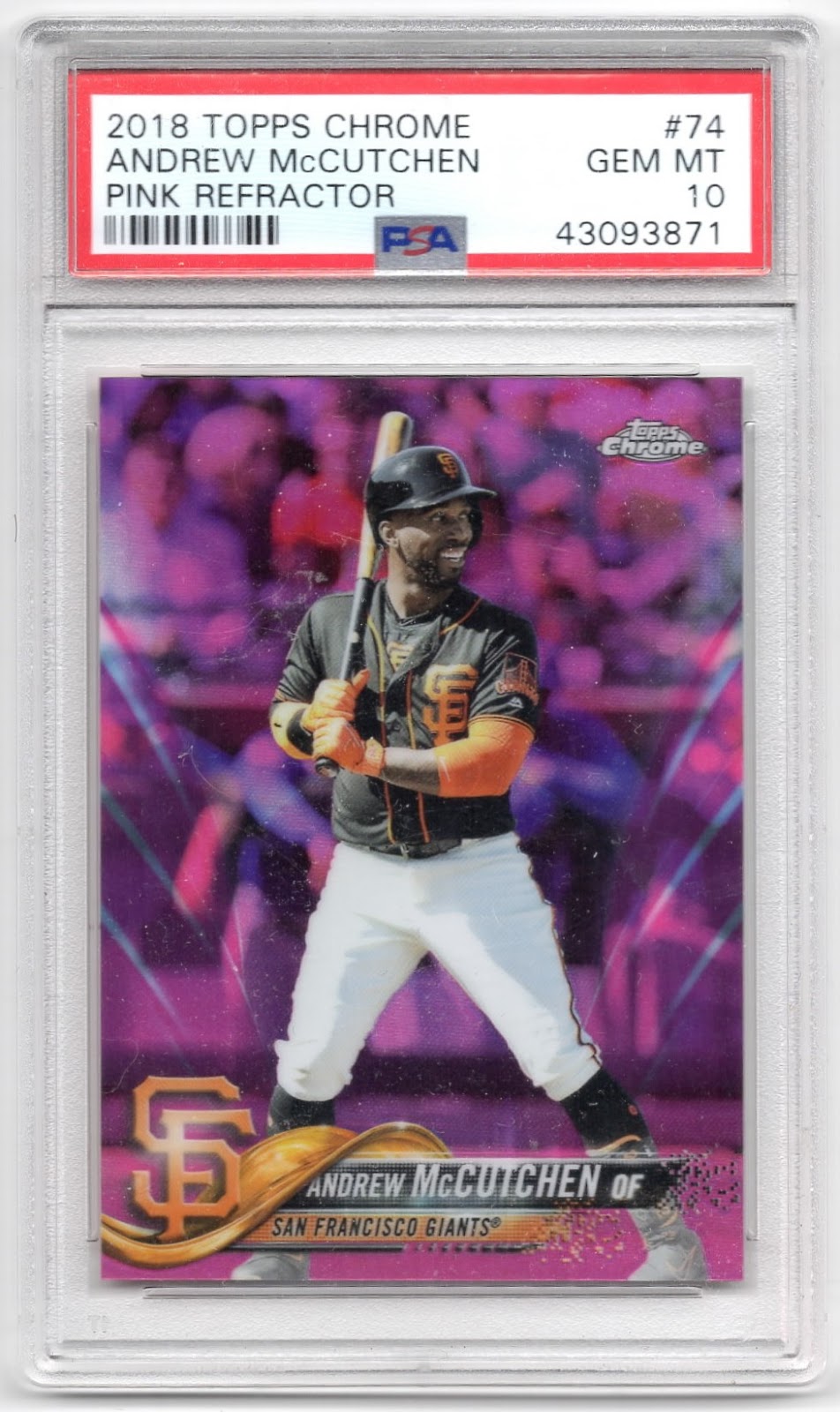 It may not be Wednesday, but today the card is dressed pink.  This is a play on another one of the "Plastics" rules. 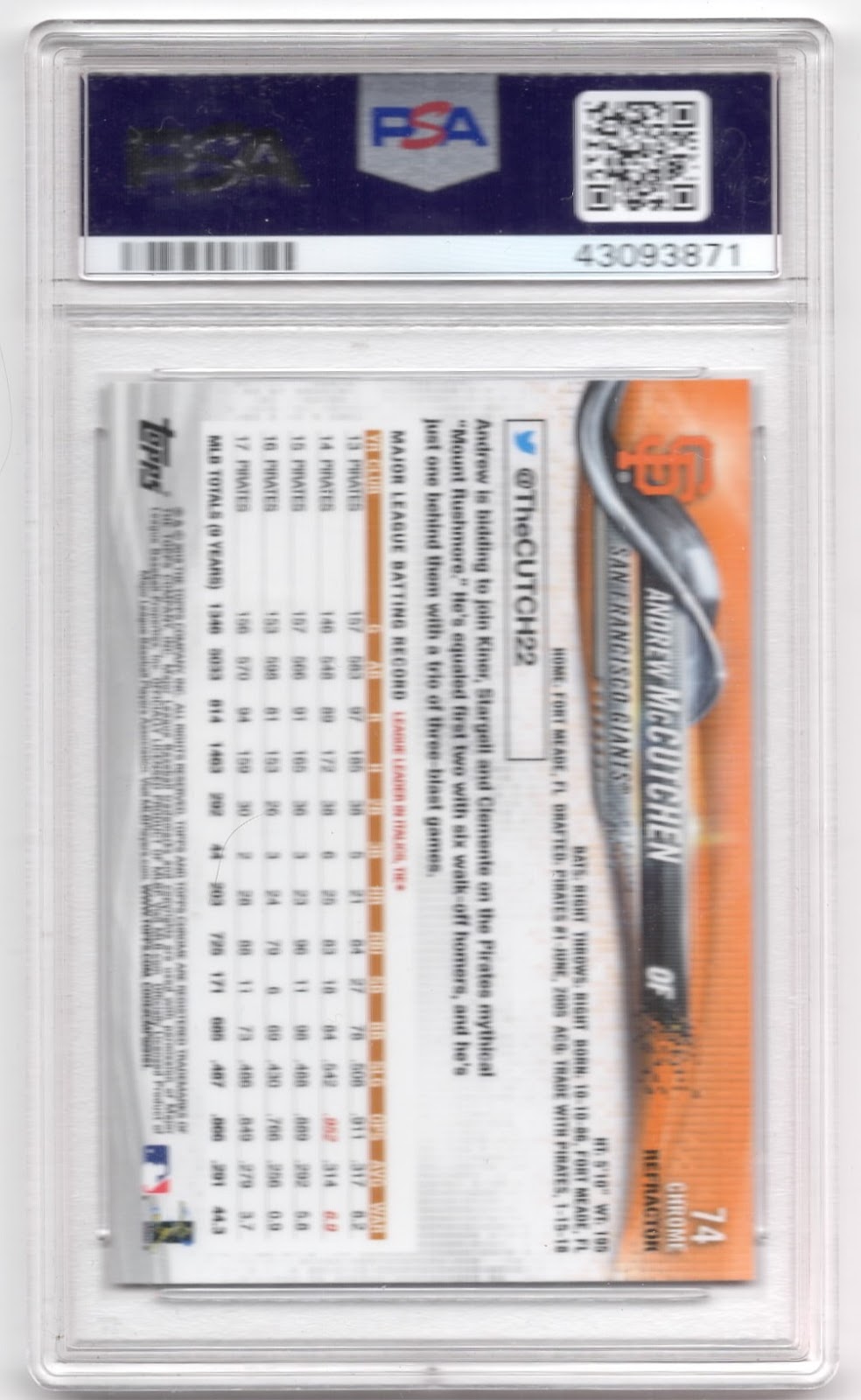 Comment chatter below about Lindsay Lohan, your favorite grading company, any of the Mean Girls quotes you remember, or any movies that have a day associated with them.
Posted by Collecting Cutch at 8:17 AM