You can dance if you want to...

Each year during the month of October, I show off only pink (and shades of pink like magenta, peach, etc) to help raise awareness of Breast Cancer, a leading cause of death for females in the United States.  For each (meaningful, non spam) comment left by those that follow the blog I donate a dollar to hopefully help at least one woman get a much needed mammogram (max $400).  Early detection is key!!!
If you want to make your own private donation please visit the National Breast Cancer Foundation.  There is a donate button on the main page and it only takes a minute of your time.  Every little bit helps.
I have focused primarily on cards that only feature Andrew McCutchen on the card, but in recent years have also featured cards with a cameo appearance (either being seen on the card or as a name cameo on the back of the card).  Last year I created Falco Files which discussed players that replaced (Shane Falco Replacements movie reference) on an active roster, number worn, or trade.  I will continue to utilize these styles of posts as we celebrate the 4th Collecting Cutch Save Second Base event (I am no longer counting my first run on the Pirates Treasure Room I did back in 2014.)
Today I want to take a look at 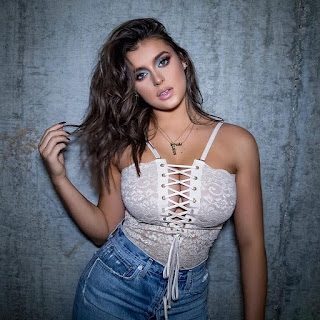 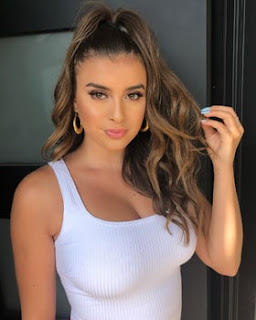 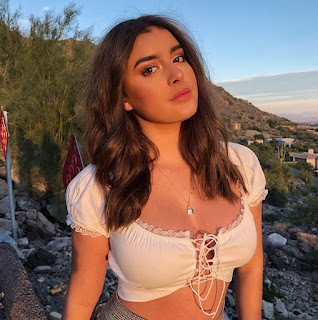 She is currently a model and YouTuber 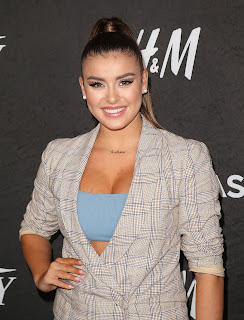 You may notice the H&M backdrop.  I don't know what H&M actually stands for, but on my blog that stands for (Josh) Harrison & (Andrew) McCutchen.

Both were pretty good dancers while teammates in Pittsburgh and shared many celebrations on Team USA too.

The pair of former Buccos brought a lot of fun and entertainment to the Steel City in their time together from 2011-2017.  They helped change the Pirates into a perennial contender for three years (2013-2015) when the Pirates had the 2nd most wins in baseball.  They were steering the ship.

This is a desperately needed card for my collection. 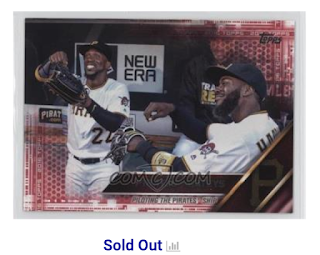 Help me get this card.
It is a pink 2016 Topps Update #US30 Pirates Mateys
Each year I post 1 card I aim to add to the collection as part of my Save Second Base event.  I am 2 for 3 in acquiring the cards I post (still looking for the 2013 Topps Chrome Pink /5) 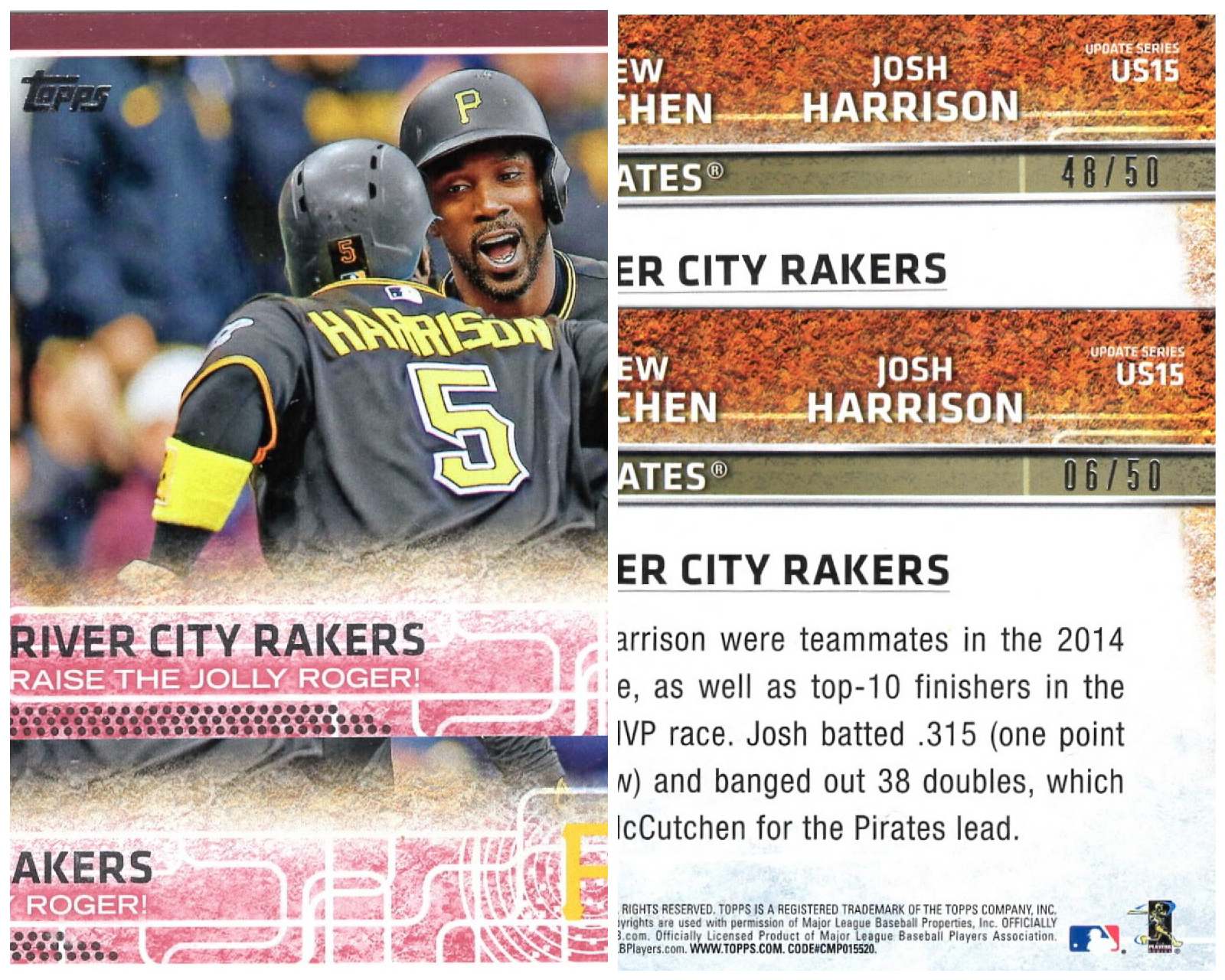 2020 has been a strange year, maybe next year I can celebrate by unmasking this card as having been acquired. 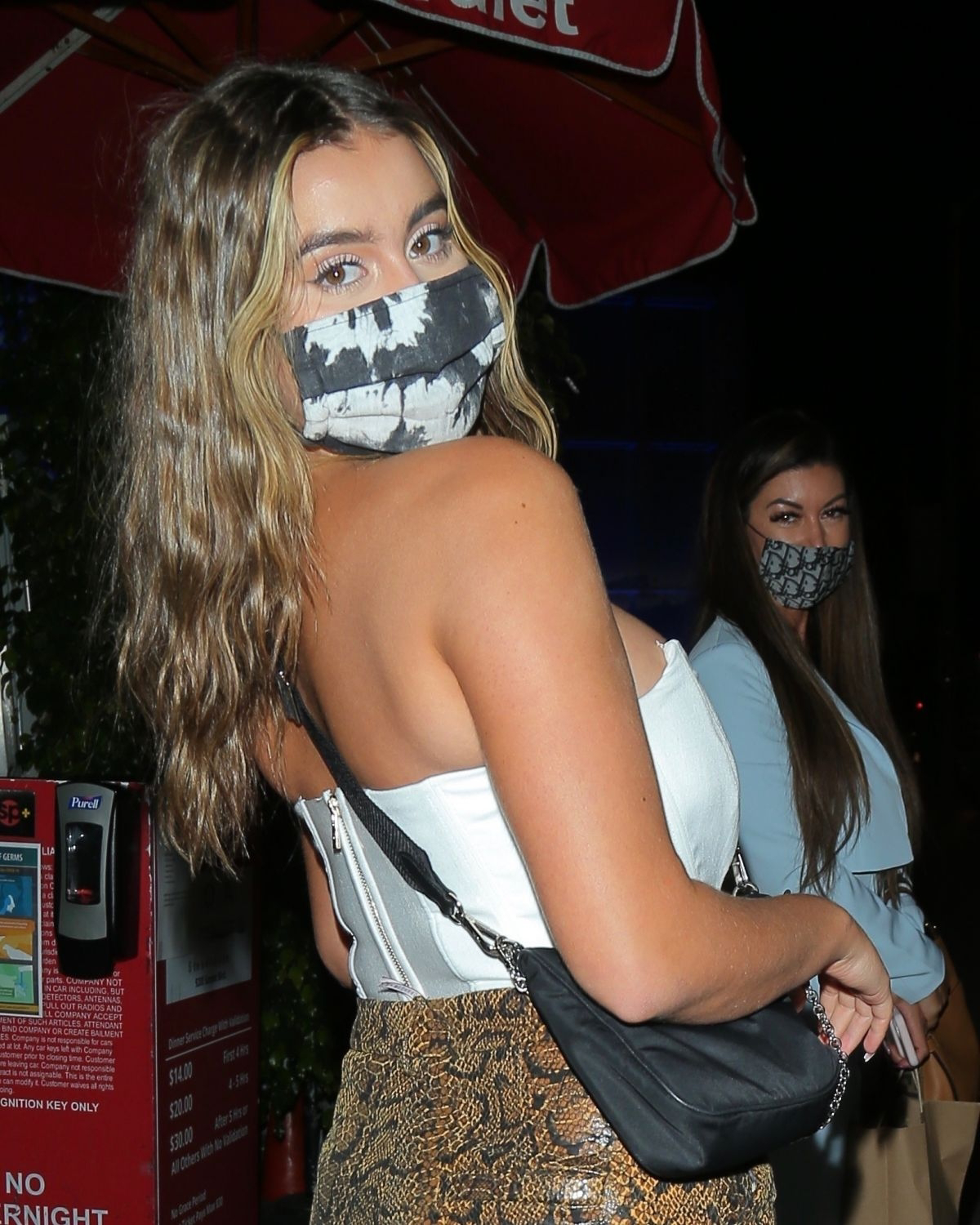 Completing the pair of Harrison/McCutchen cards would be a lot of fun.

(Kalani on left)
Posted by Collecting Cutch at 4:57 AM