I completely forgot to do this post earlier so I'm very sorry to anyone who was waiting for it.  Today I am going to announce some of the contest winners, but before we do all that let's look at a celebrity and see if we can connect her to an Andrew McCutchen baseball card.
Today's focus is Jessica Simpson 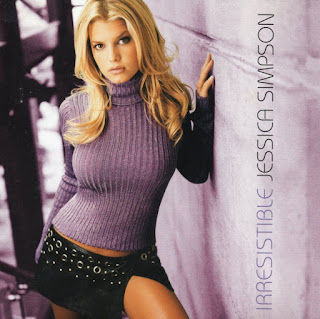 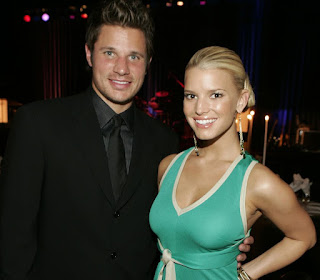 America has seen her grow up in front of us. 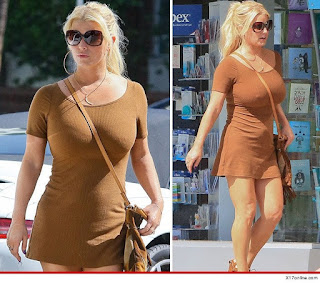 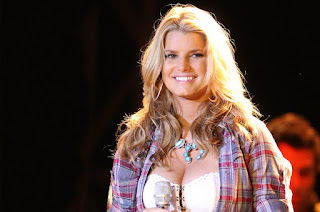 In addition to song writing and singing she has landed a few roles as an actress. 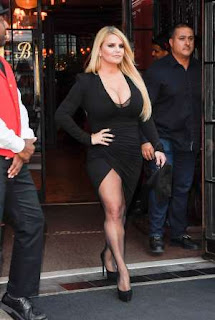 It was a reboot of the franchise and was intended to have some sequels. 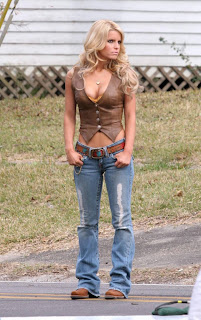 Unfortunately they couldn't get any of the stars to return for a sequel, so the studio made a prequel instead and it didn't do very well at the box office or with fans. 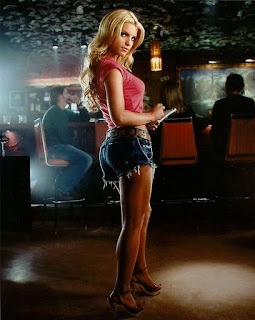 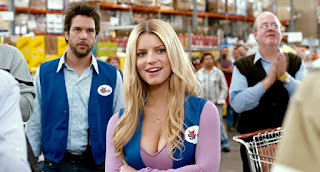 She was the new girl hired by a big box store and was rumored to always go after the Employee of the Month. 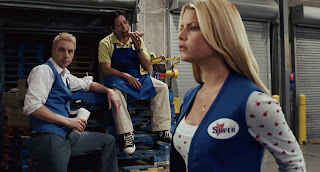 It's a comedy with some romantic elements, but mostly focuses on Dane Cook being a slacker, Jessica Simpson being hot, and the guy who played Pedro in Napoleon Dynamite still not saying much and being a sidekick.
Andrew McCutchen has a long resume of accomplishments and as discussed on the back of Andrew's 2018 Topps Heritage, he was NL Player of the Month for the forth time in his career for the month of July 2017. 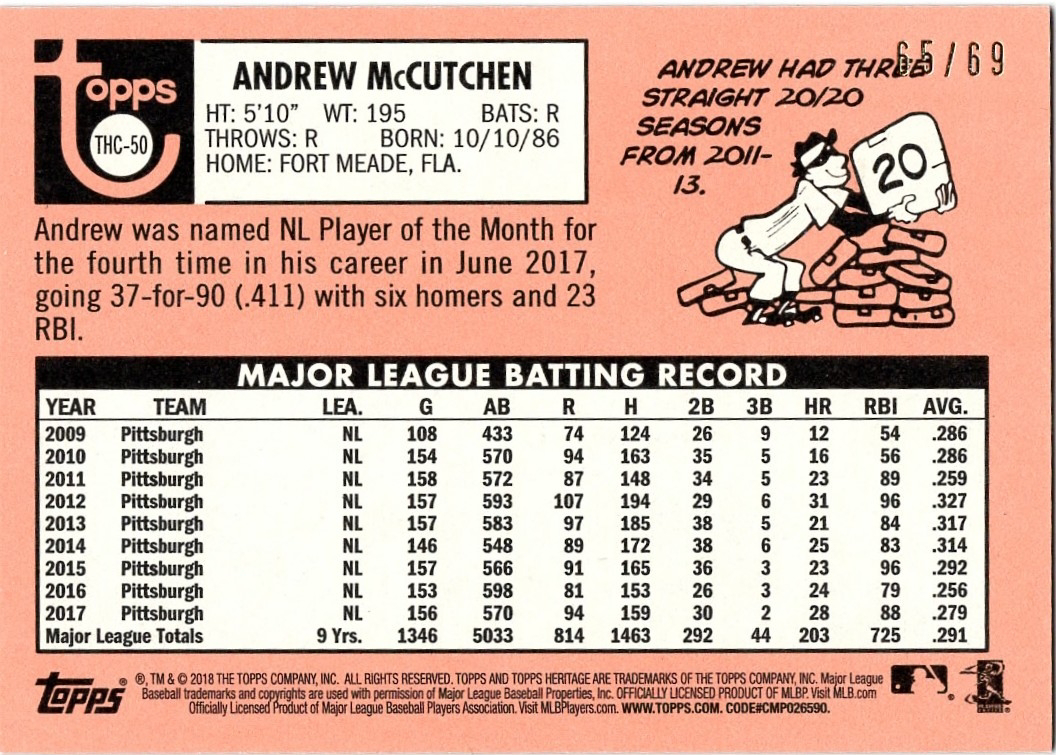 The front of this card is the black chrome refractor and features a nice pink circle. 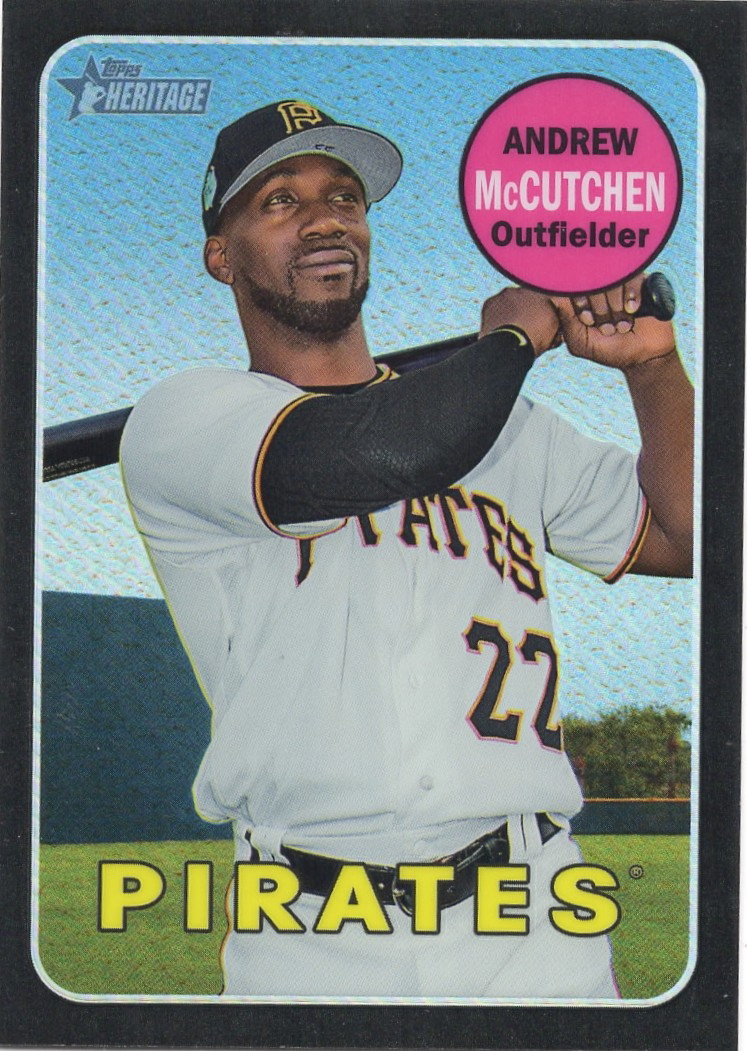 Now for the winners of prizes for contests I have run thus far.  All prizes will ship in November.
For the magenta printing plate there were 10 entrants to leave a comment on the post before it closed. 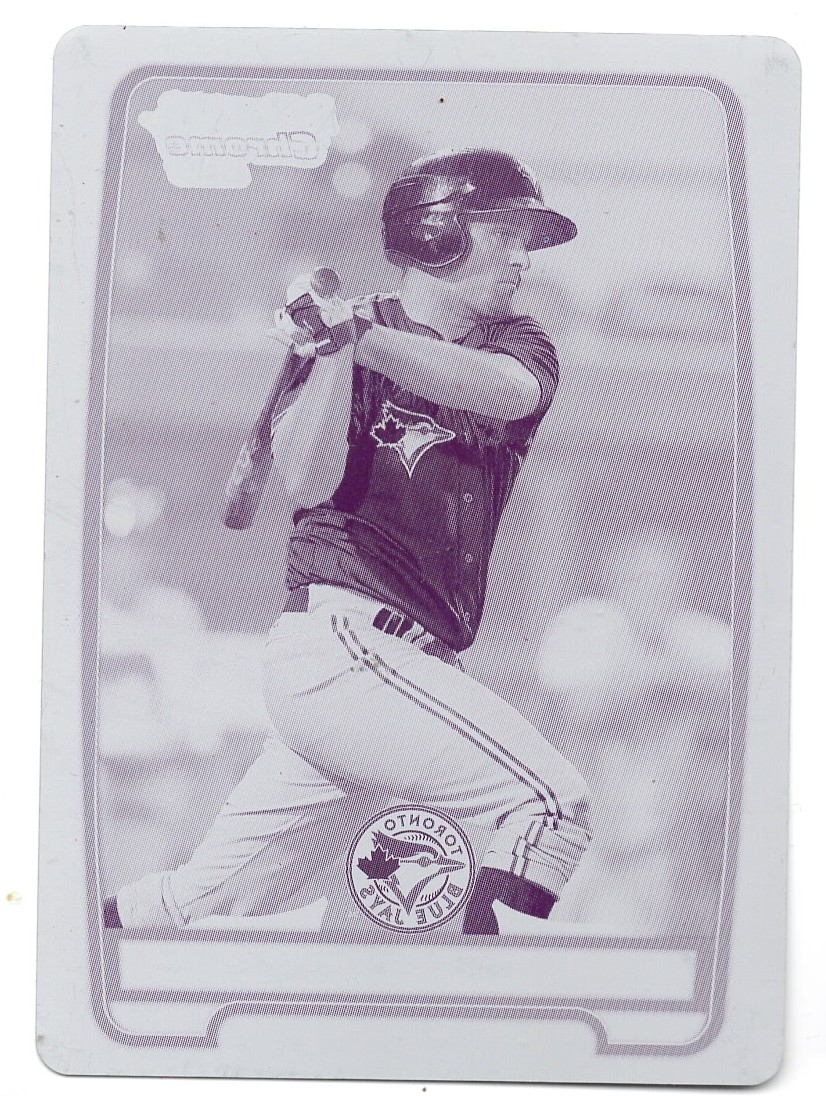 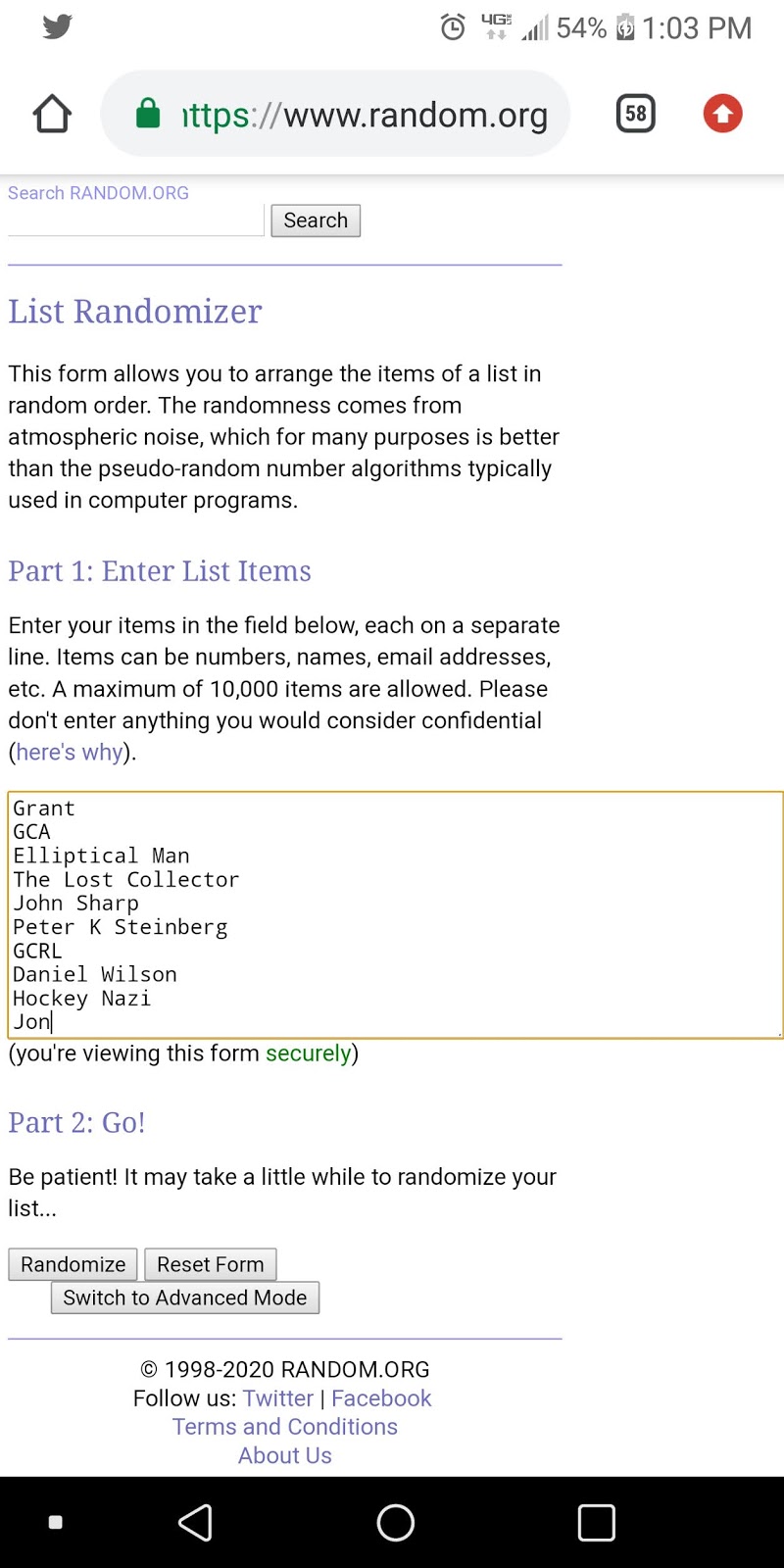 I then began to random it off until I got to four times as promised in the post. 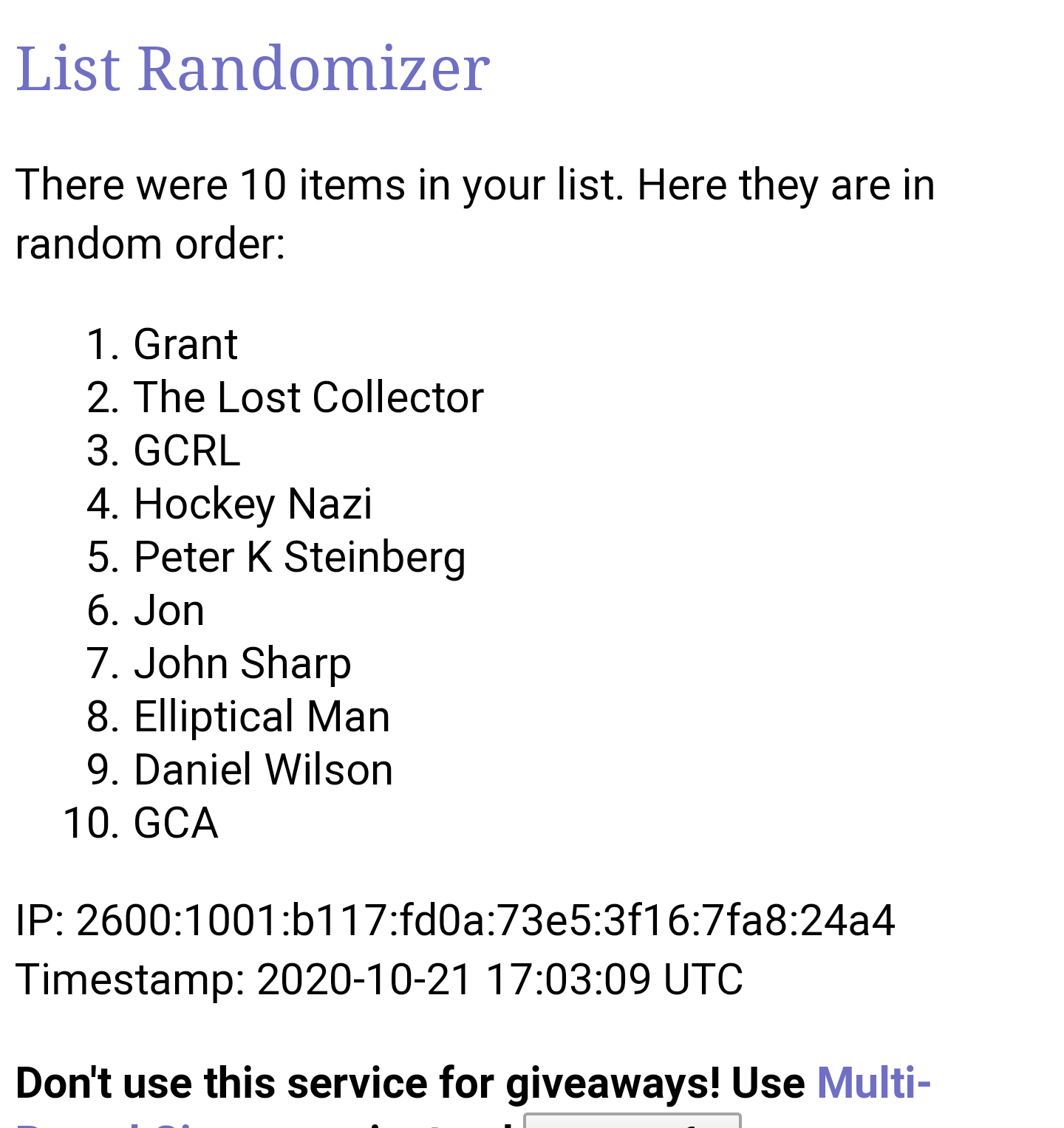 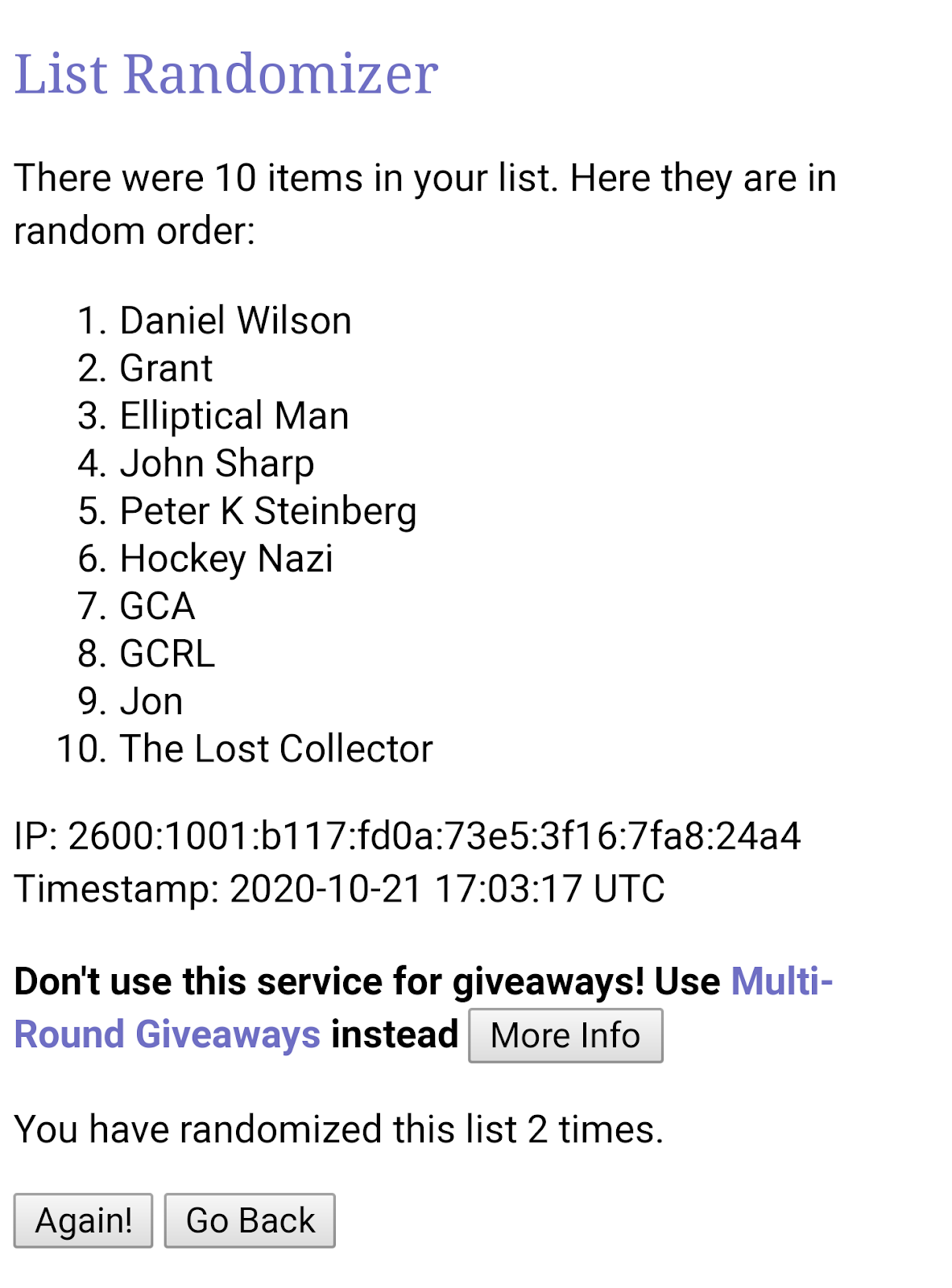 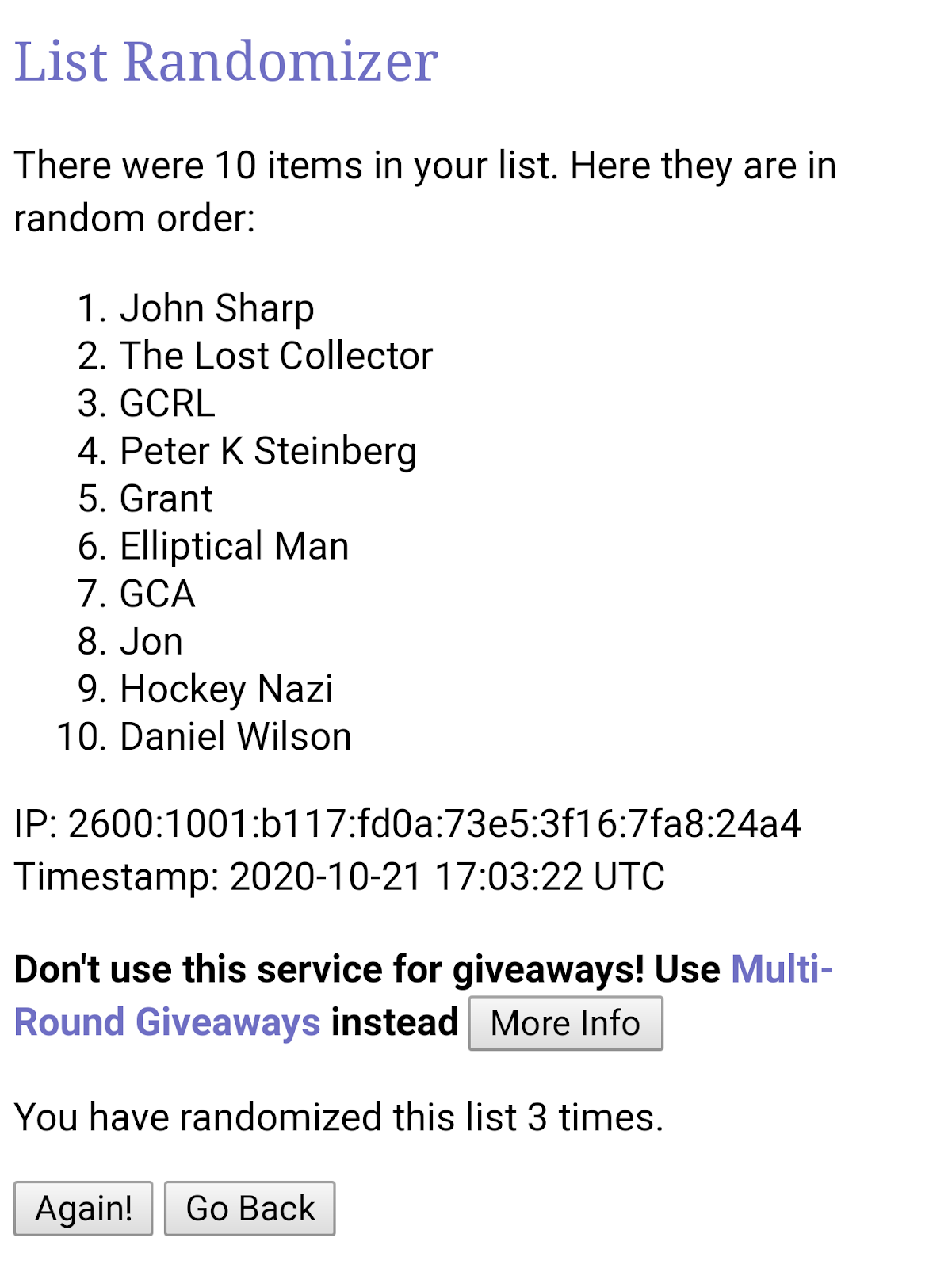 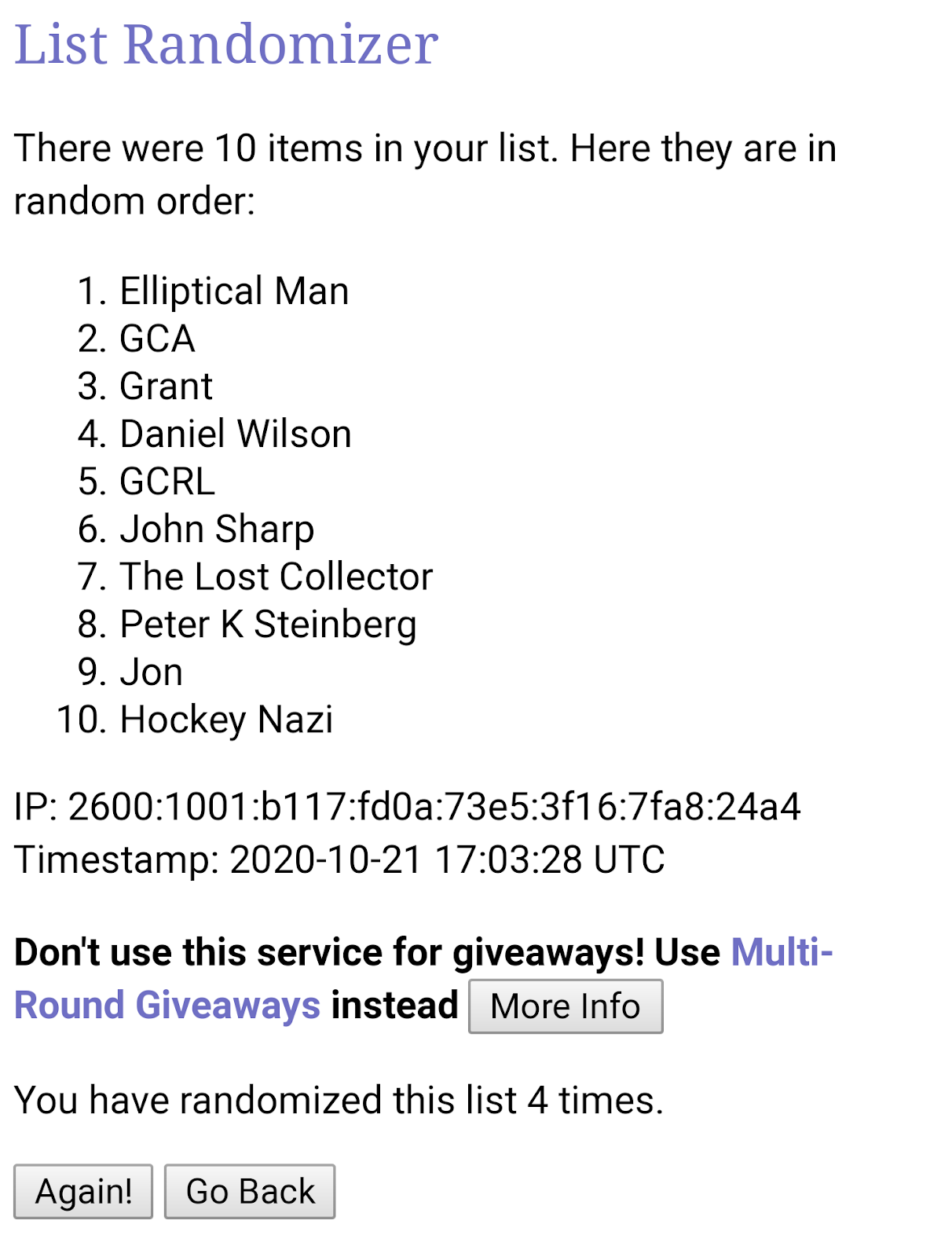 And finally the Elliptical Man was on top after the 4th click.  Congrats on your new Shaun Valeriote printing plate. 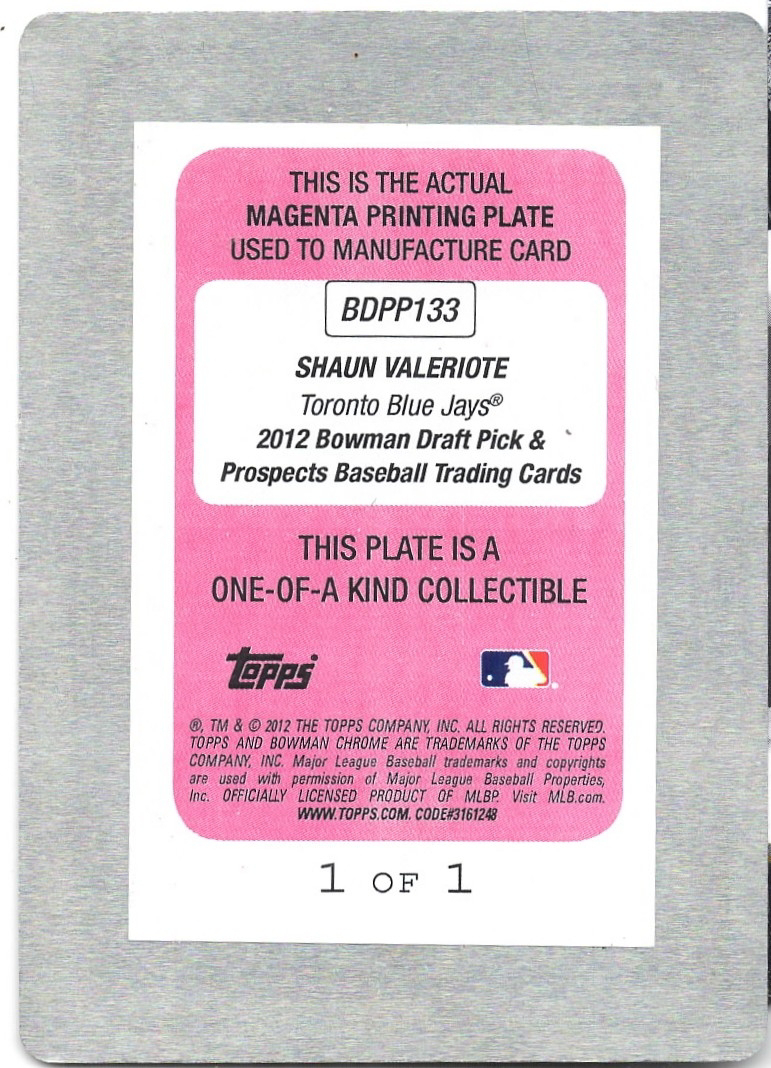 On Tuesday we saw Justin Turner hit the first double of the 2020 World Series so that means All Cardinals All the Time won the Cody Bellinger Mother's Day jersey relic from 2018 Topps Tribute. 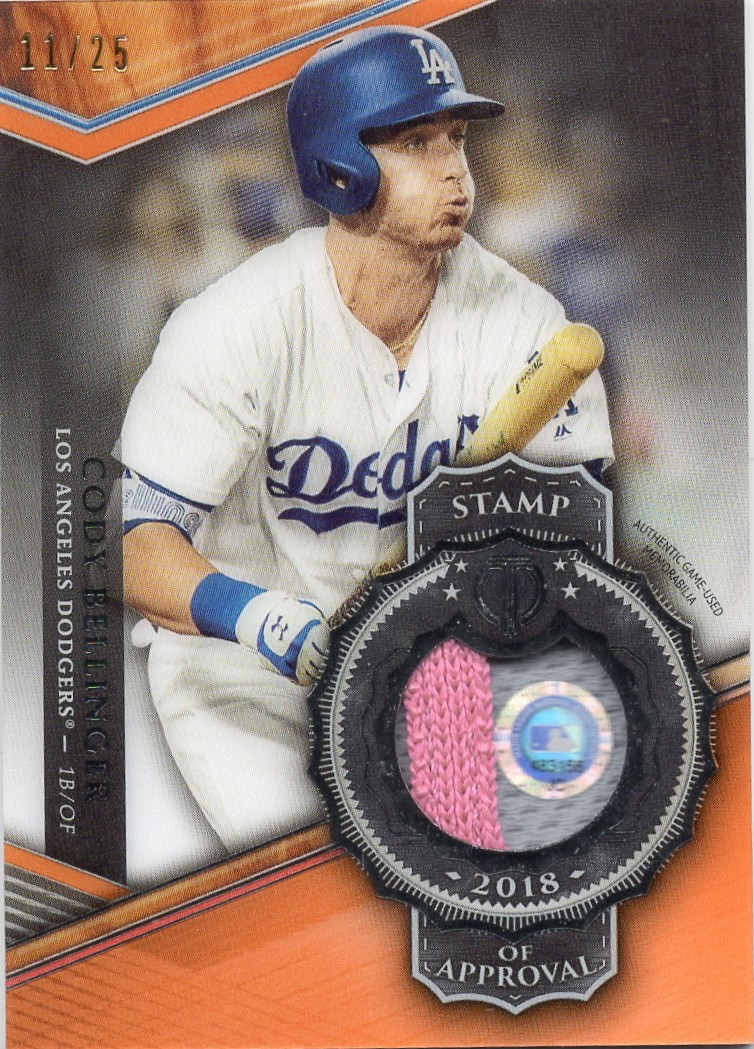 Now here is the contest winner everyone
has been waiting for:
The Babe Ruth Stadium relic 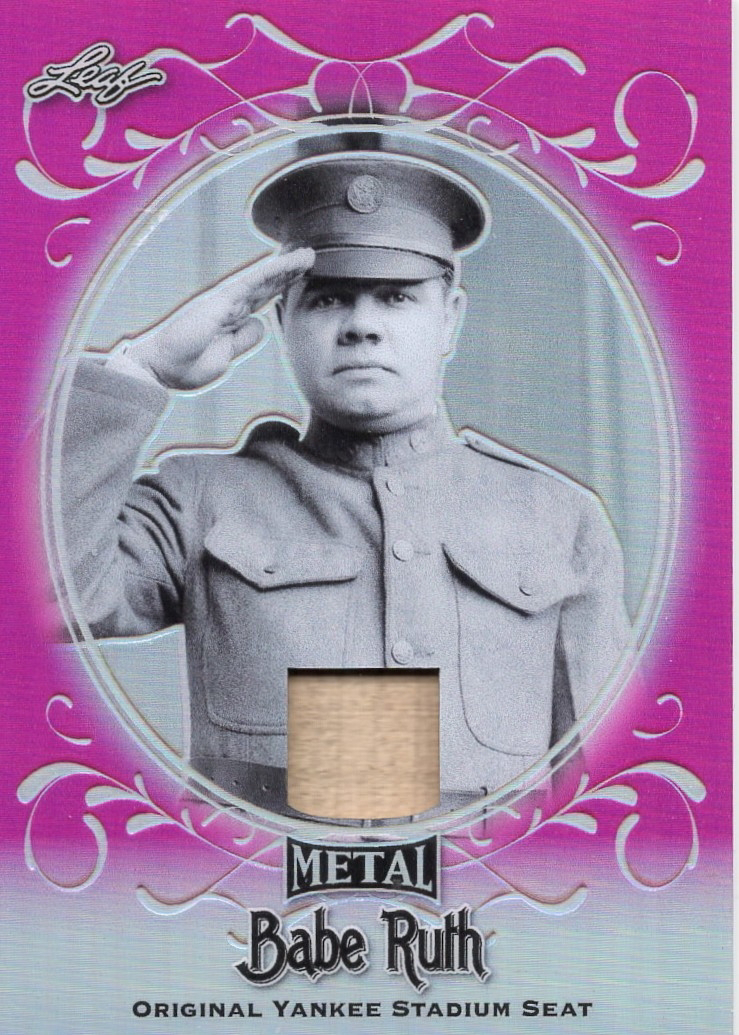 I neglected to mention limit 1 entry per person in the original contest rules so anyone that had posted multiple comments with links to their posts got more than 1 entry. 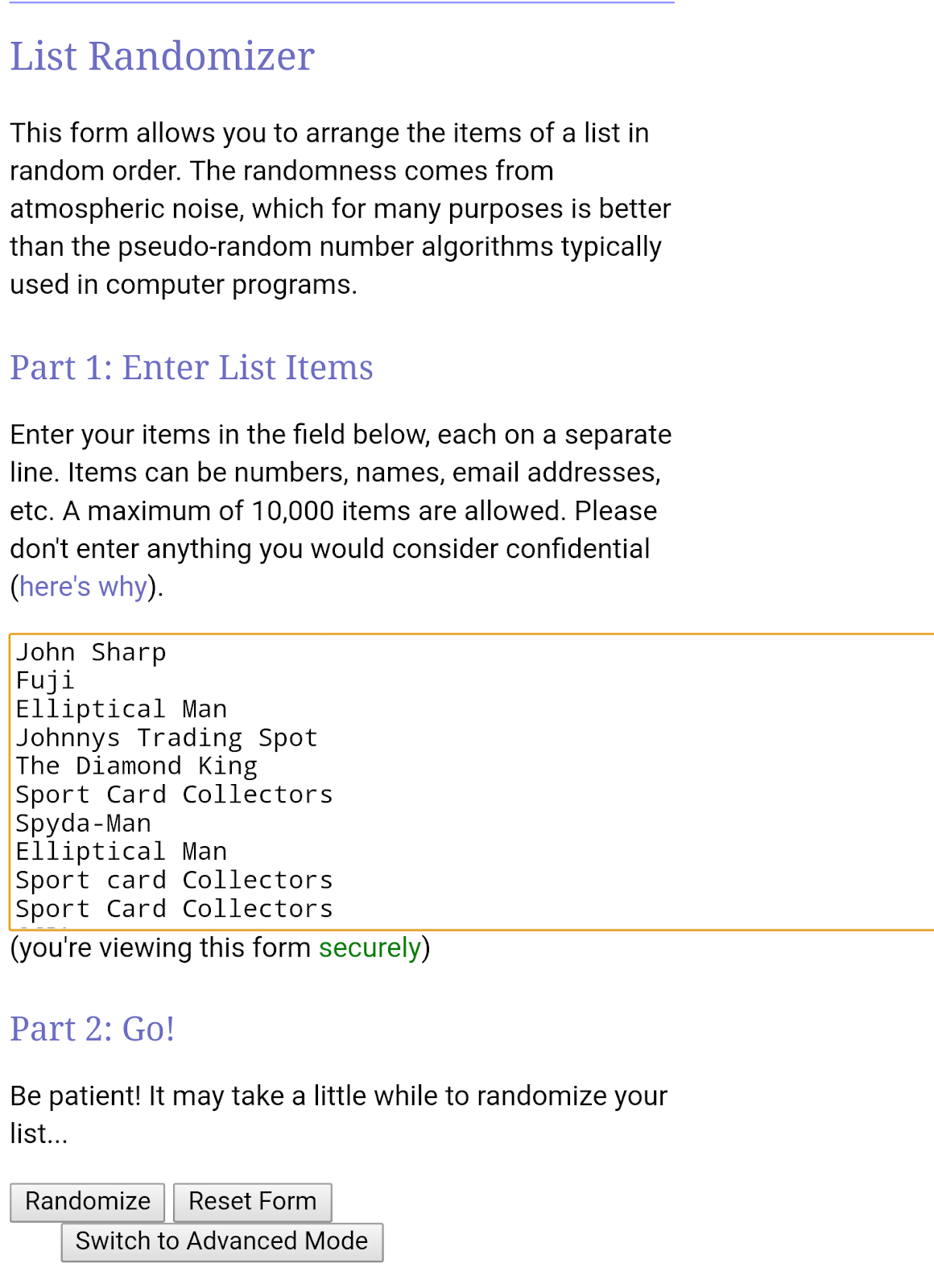 In total there were 17 entries 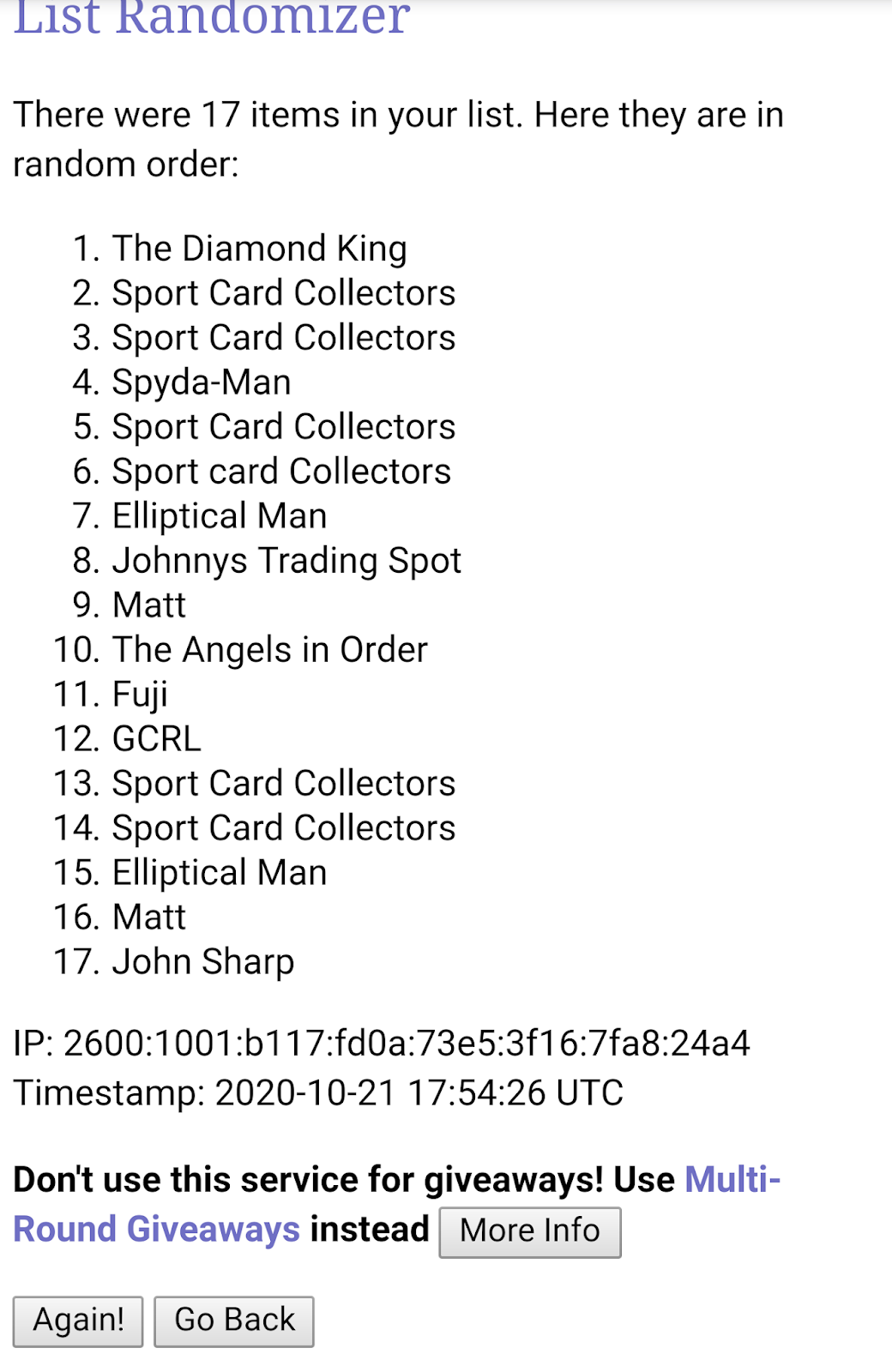 The Diamond King was on top after the 1st entry 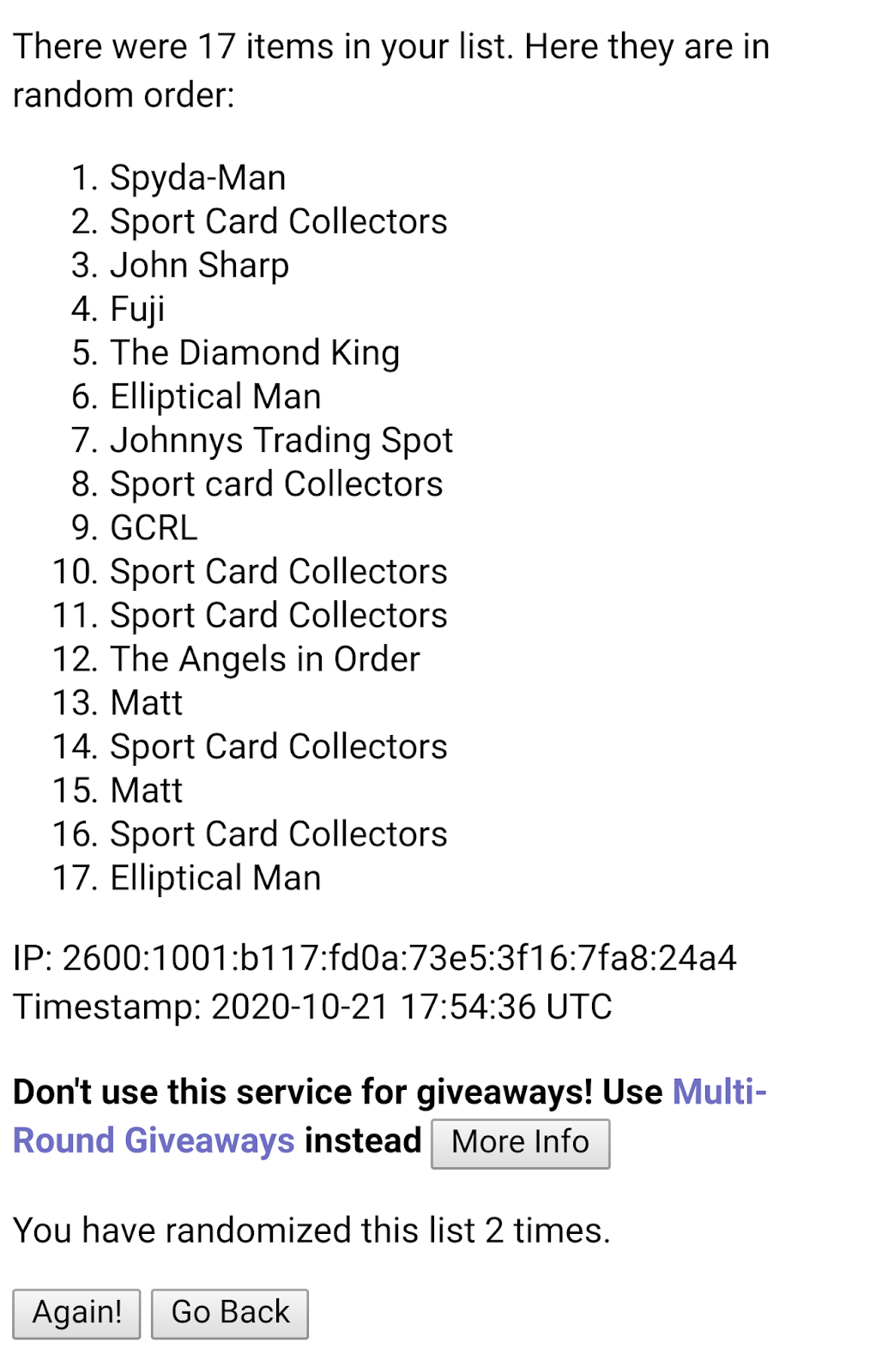 Spyda-Man was on top after the 2nd 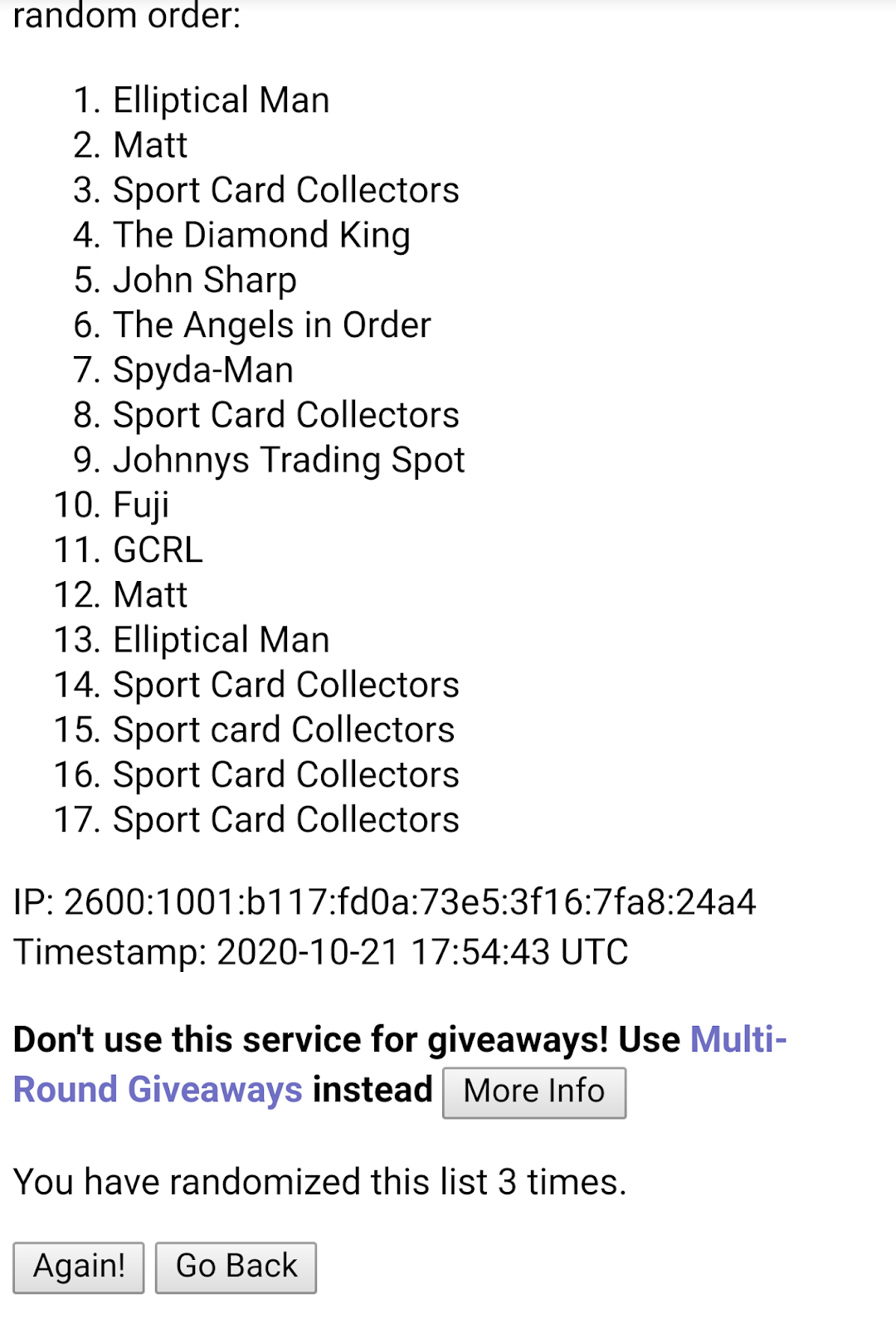 And The Elliptical Man won another one!!! after the 3rd click
On a completely unrelated note, this blog and all the comments has generated just over $300 to go towards breast cancer awareness.  I will need to review everyone else's pink posts to see all the comments made.  I think we will hit the $400 capped goal.  Thank you all!!!
Posted by Collecting Cutch at 4:26 AM

Email ThisBlogThis!Share to TwitterShare to FacebookShare to Pinterest
Labels: 2018, heritage, Jessica Simpson, player of the month, Save The Boobies, SaveTheBoobies, Topps Heritage